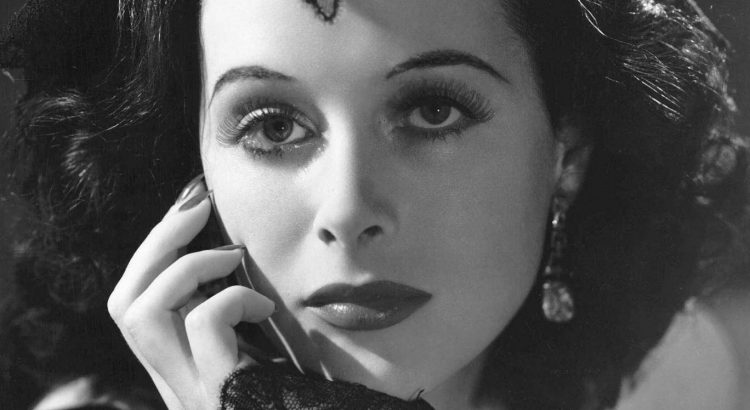 The actress Hedy Lamarr captivated audiences during the 1930s and 1940s in films like “Algiers” and “Ziegfeld Girl” and became known as an iconic beauty. “Bombshell: The Hedy Lamarr Story,” a new documentary, showcases her overlooked achievements in technology, including her work on an invention that helped form the basis for Wi-Fi. NewsHour Weekend’s Megan Thompson spoke to Alexandra Dean, director of the film, which airs May 18 on American Masters.”

“Hedy Lamarr was one of the most iconic actresses of her day, known for her great beauty, and said to be the inspiration for Catwoman and Snow White.

But there was a part of her life that almost no one knew about. It turns out, Hedy Lamarr was also a brilliant inventor.

A new documentary film about her life opened widely in theaters across the nation this week and will air May 18 on American Masters on PBS. NewsHour Weekend’s Megan Thompson spoke recently to Alexandra Dean, the director of “Bombshell, the Hedy Lamarr story.””

“Hedy Lamarr was a Jewish child who was born in Austria in the shadow of the First World War. And then she became extraordinarily beautiful when she was about, you know, I’d say ten, 11 years old. And that kind of swept her away. She became an actress. And she flees to the United States and convinces Louis B. Mayer to make her his next great star on the silver screen. So she becomes– you know, a huge– the Angelina Jolie of her day. And does all of these films with Spencer Tracy, Clark Gable, Jimmy Stewart.”

“Inventing was her hobby. She not only had a complete inventing table set up in her house but Howard Hughes gave her a small version of the set of equipment which she had in the trailer where she stayed in between takes and her motion pictures.”

“I thought the aeroplanes were too slow. I decided that’s not right. They shouldn’t be square, the wings. So I bought a book of fish and I bought a book of birds. And then I used the fastest bird and connected it with the fasted fish and then drew it together and showed it to Howard Hughes and he said, you’re a genius. (You did?) Yeah.”

Nazi submarines kept eluding the Allies’ attacks, because the Germans were very good at hacking – or jamming – the radio signals that guided the Allies’ torpedoes.

Rather than sending radio communications on just one frequency as was normally done, Lamarr came up with the idea of making the signal leap from frequency to frequency.

Frequency hopping. You couldn’t jam it because you’d only jam a split second of it in a single frequency. So frequency change, frequency hop, frequency hop. That concept – secure radio communications – was brilliant.

And that basic idea of frequency-hopping became part of what’s known as spread spectrum. Spread spectrum is what’s in all of our technology today. I mean Bluetooth is probably the most purely similar to what Hedy Lamarr invented. And WiFi too. But spread spectrum is in a huge amount of inventions that we use on a daily basis.”