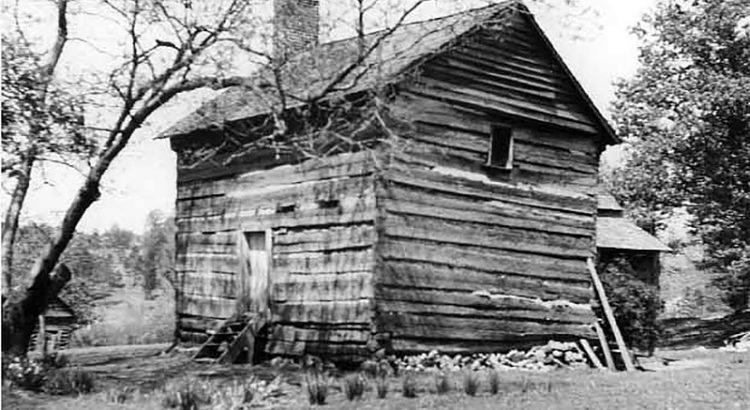 From the Journal of the American Revolution.

“THE “BATTLE AT MCINTIRE’S FARM”: JOSEPH GRAHAM AS HISTORIAN OF THE REVOLUTION

On September 25, 1780 as Lord Cornwallis entered North Carolina he was harassed by “a few light troops” commanded by Col. William R. Davie[1] and supported by Capt. Joseph Graham. Twenty-one if he lived until October 13, Graham had been assigned by the newly-created Brig. Gen. William L. Davidson because he was from Charlotte.[2] Rushing on to the tiny village, Davie with his horsemen (“not exceeding twenty”) fired from the stalls of “the shambles” in the raised area beneath the court house keeping the British legion at bay “for some minutes.”[3] Firing and falling back again, Davie then dispersed his troops, but Graham and some of the Rowan County militia sustained “the Retreat by molesting the advance of the Enemy for 4 miles” until they were charged by Maj. George Hanger’s cavalry.[4] Graham was so torn apart with three balls and multiple sabre slashes that Hanger left him to die on the field.[5]

Cornwallis’s arrival multiplied the population of Charlotte so many times that the army’s daily task was not to guarantee “protection” to Tories or hunt down and pillage or kill Whigs but to make all farmers “furnish” whatever the foraging parties wanted.[6]Cornwallis’s commissary man, Charles Stedman, recalled that the British seized enough flour for immediate use from Thomas Polk’s mill, but the army required a hundred head of cattle a day. They slaughtered what they could get, even cows carrying calves. Stedman elaborated: “Wheat and rye were collected in the straw, Indian corn in the husk, and brought in waggons to Charlotte, where (in the court-house) it was threshed out by the militia and negroes; and then sent to the mill.”[7] Some farmers faded into the woods as the British approached, thinking that they or their neighbors or Davie’s light troops could “observe the enemy, and annoy them in their attempts to ravage the country.”[8] After September 30, when Davie was joined by General Davidson and his forces, skirmishes (not battles) intensified. Cornwallis found himself stalled there, waiting for Col. Patrick Ferguson to link up with him for a victorious march to Salisbury and beyond.

On 11 October, four days after the American victory over Ferguson at nearby King’s Mountain, Davidson described the two weeks since Cornwallis entered North Carolina: “About sixteen or seventeen days past colonel Davie and myself, with five hundred horse, half starved, and three hundred infantry, have been on hard duty, within less than eighteen miles of the enemy’s main body, changing our position every night, to guard against surprize.”[9] The Americans had one purpose, according to the October 24 letter from “Camp, near 12 mile creek”: “parties of rifle men” had been detached “to take off the enemy’s picquets and surprize their foraging parties, in which we were successful and terrified them much.” Later Banastre Tarleton confirmed this: “The foraging parties were every day harassed by the inhabitants, who did not remain at home, to receive payment for the produce of their plantations” (perhaps, if they turned over their arms and took “protection”) “but generally fired from covert places, to annoy the British detachments.”[10] Joseph Graham lay in bed, but from his brother George and others he knew about various skirmishes against foraging parties and in particular about one at McIntire’s farm.”

“For years as Joseph Graham seethed with a desire to read an honest version of the history of the Revolution in North Carolina he made himself over into a workmanlike historian. By 1819 he was corresponding with Archibald D. Murphey, the brilliant historical investigator who was then passionately masterminding a collaborative history of North Carolina in the Revolution, soliciting chapters from Graham and giving instructions of what others, such as George Graham, should contribute.[16] Murphey gave Graham incisive advice, criticism, and encouragement. The momentous June 1780 battle at Ramseur’s Mill had been forgotten, Graham knew, so he wrote the first account of it—but had nowhere to publish it. There had been no North Carolina newspaper between 1778 and 1785, and no newspaper near Charlotte until 1797, when the North Carolina Mercury began publishing in Salisbury.[17] Finally in October 1824 Charlotte had its first newspaper, the Catawba Journal, and Graham had an outlet. There in the last 1824 issue he published the first of his pieces.”