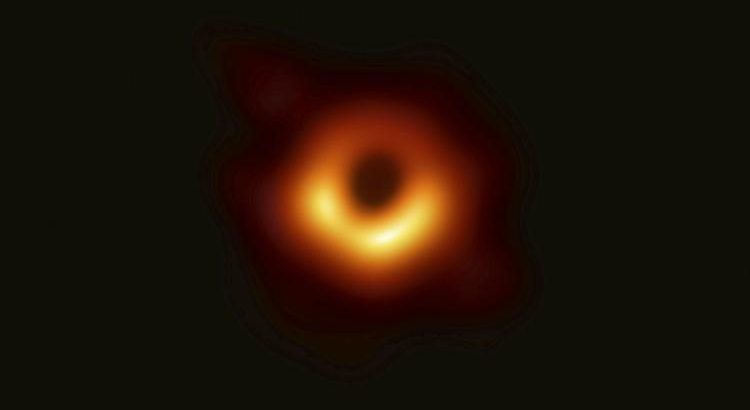 “See first-ever image of a black hole, a light-sucking monster of the universe

Scientists on Wednesday revealed the first image ever made of a black hole, depicting its hot, shadowy edges where light bends around itself in a cosmic funhouse effect.

Assembling data gathered by eight radio telescopes around the world, astronomers created the picture showing the violent neighborhood around a supermassive black hole, the light-sucking monsters of the universe theorized by Einstein more than a century ago and confirmed by observations for decades.

It looked like a flaming orange, yellow and black ring.

“We have seen what we thought was unseeable. We have seen and taken a picture of a black hole. Here it is,” said Sheperd Doeleman of Harvard.

Jessica Dempsey, a co-discoverer and deputy director of the East Asian Observatory in Hawaii, said it reminded her of the powerful flaming Eye of Sauron from the “Lord of the Rings” trilogy.

Unlike smaller black holes that come from collapsed stars, supermassive black holes are mysterious in origin. Situated at the center of most galaxies, including ours, they are so dense that nothing, not even light, can escape their gravitational pull. This one’s “event horizon” — the point of no return around it, where light and matter begin to fall inexorably into the abyss — is as big as our entire solar system.

Three years ago, scientists using an extraordinarily sensitive observing system heard the sound of two much smaller black holes merging to create a gravitational wave, as Albert Einstein predicted. The new image, published in the Astrophysical Journal Letters and announced around the world in several news conferences, adds light to that sound.”