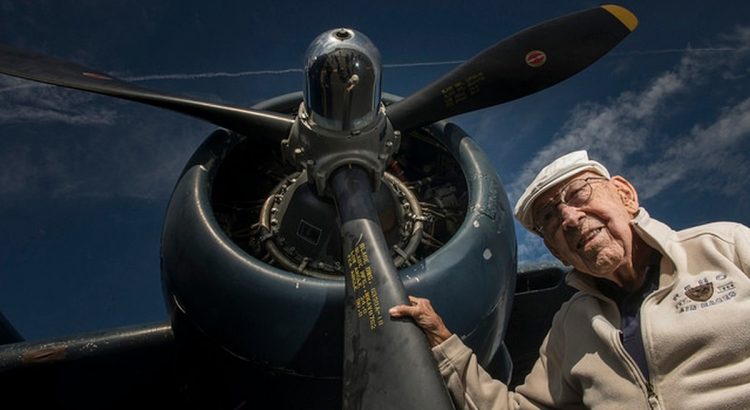 “A legend passes: Dick Cole, last of the Doolittle Raiders, dies at 103

Retired Lt. Col. Dick Cole, the last surviving member of the Doolittle Raiderswho rallied the nation’s spirit during the darkest days of World War II, has passed away.

Cole will be buried at Arlington National Cemetery, Casey said. Memorial services are also being scheduled at Joint Base San Antonio-Randolph in Texas.

The Doolittle Raid was the United States’ first counterattack on the Japanese mainland after Pearl Harbor. Eighty U.S. Army Air Forces airmen in 16 modified B-25B Mitchell bombers launched from the aircraft carrier Hornet, about 650 nautical miles east of Japan, to strike Tokyo. While it only caused minor damage, the mission boosted morale on the U.S. homefront a little more than four months after Pearl Harbor, and sent a signal to the Japanese people not only that the U.S. was ready to fight back but also that it could strike the Japanese mainland.”

“Cole, who was then 26 years old, trained at Eglin Air Field in Florida for the secret raid.

“We were confined to base, in isolated barracks, and told not to talk about our training,” Cole told HistoryNet. “We knew it would be dangerous, but that’s all.”

The B-25 typically needed about 3,000 feet to take off, Cole said, but they trained to get airborne in 500 feet. And when future Navy Admiral Henry Miller started teaching them how to take off from a carrier, they guessed they were headed to the Pacific to take the fight to Japan.

Then-2nd. Lt. Cole became Doolittle’s co-pilot by chance, when the pilot he had been training with fell ill. Doolittle’s intended co-pilot also became unable to fly.

The B-25s were stripped of all excess equipment, including their bombsights and lower turrets, and loaded up with extra fuel tanks that doubled capacity to about 1,100 gallons. They left port from Alameda, California, on April 2, 1942, and two days later were told they would strike Tokyo.”

“They reached Japan after a little more than four hours, flying at an altitude averaging roughly 200 feet, Cole said. When Doolittle and Cole neared Tokyo, it was bright and sunny. Doolittle pulled up to 1,500 feet, and bombardier Fred Braemer — then a staff sergeant — dropped the bombs. Cole said they “got jostled around a bit by anti-aircraft” fire, but didn’t think they got hit.

Doolittle’s crew intended to land in Chuchow, China, fuel up, and continue to Western China, but they hit a snag. They ran into a severe rainstorm with lightning. Cole said the Chinese also heard their engines and thought they were Japanese, so they turned off the electric power to the lights. The crew had no choice but to fly until they ran out of gas and then bail out, he said.

Cole’s parachute got stuck on a pine tree, 12 feet above the ground. After freeing himself, he walked west to a Chinese village. Cole rejoined the rest of the crew, who also bailed out successfully, and they were picked up by Chinese troops.”