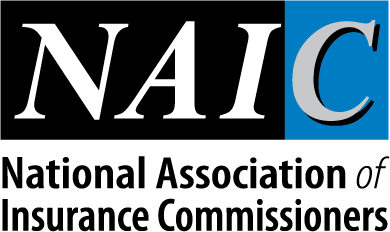 From the NAIC, The National Association of Insurance Commissioners, August 15, 2016.

Peter Kochenburger and Brendan Bridgeland, NAIC Consumer Representatives
Section One: Why arbitration clauses should be banned

Last month a federal court in New York refused to enforce Uber’s mandatory arbitration
provision in its contracts with drivers. The Court stated at the outset:

Since the late eighteenth century, the Constitution of the United States and the constitutions or
laws of the several States have guaranteed U.S. citizens the right to a jury trial. This most
precious and fundamental right can be waived only if the waiver is knowing and voluntary, with
the courts “indulg[ing] every reasonable presumption against waiver.”[citations omitted] But in
the world of the Internet, ordinary consumers are deemed to have regularly waived this right,
and, indeed, to have given up their access to the courts altogether, because they supposedly
agreed to lengthy “terms and conditions” that they had no realistic power to negotiate or
contest and often were not even aware of.

This legal fiction is sometimes justified, at least where mandatory arbitration is concerned, by
reference to the “liberal federal policy favoring arbitration,” [referencing the Federal Arbitration
Act, citations omitted] . . . Nevertheless, in this brave new world, consumers are routinely forced
to waive their constitutional right to a jury and their very access to courts, and to submit instead
to arbitration, on the theory that they have voluntarily agreed to do so in response to endless,
turgid, often impenetrable sets of terms and conditions, to which, by pressing a button, they
have indicated their agreement.1

This judicial recognition that mandatory arbitration provisions can interfere with core state and
federal Constitutional rights, and that consumers have not “consented” in any meaningful
sense to these clauses, apply equally to insurance consumers. This is demonstrated previously
in the memorandum presented at the April 5, 2016 Consumer Liaison Meeting in New Orleans,
and further detailed by the consumer group Texas Watch.2 Along with our colleagues, we can
provide detailed information on these issues if D Committee wishes.
Today we focus on the claims process. The nature of the insurance promise is different from
most other consumer services or products, and pre-dispute mandatory arbitration provisions
are inappropriate in insurance policies and incompatible with the legal duties insurers owe
policyholders when handling their claims.

Financial services entities, software companies, and the many other commercial entities that
contract with consumers are repeat players in litigating and arbitrating disputes (unlike the
individual consumer) and have access to a vastly greater amount of information as to the
comparative advantages of arbitration than their customers. Companies employ pre-dispute
mandatory arbitration provisions because they believe arbitration generally advantages them.
Utilizing this informational and economic leverage might be appropriate or at least acceptable
in commercial agreements when both parties are sophisticated commercial entities and there is
some realistic possibility of bargaining over the terms of a contract. However, it is
inappropriate in most insurance contracts because from the start the insurer has determined
the forum that will generally favor its interest over the policyholder’s at the point of a claim,
which is when the policyholder is most vulnerable.

Consumers purchase insurance for economic security rather than economic gain and the
“money for a promise” nature of insurance contracts means that insurers fulfill their side of the
insurance bargain only if they adjust claims appropriately, which means paying covered claims
at their full value – not more, but also not less. This central duty is recognized throughout the
United States and every State has adopted by statute and/or common law requirements that
insurers act with special consideration when adjusting policyholder claims. Some States hold
insurers to a fiduciary duty to their policyholders (the highest duty recognized by law),4 others a
“fiduciary-like” or “quasi-fiduciary duty,”5 and all States hold insurers to a “duty of good faith
and fair dealing,”6 typically with enhanced penalties when they do not comply with this
standard.

Insurers that would insist on mandatory arbitration of policyholder disputes have selected the
forum that they believe will be more favorable to them than to their policyholders, if not on
each individual claim then in the aggregate. However, manipulating the dispute resolution
process in this manner conflicts with the duties insurers owe their policyholders and is not
holding their policyholders’ interests “at least equal to their own.”

If arbitration was truly a neutral forum rather than one favoring insurers, then there would be
no need for an insurer to insist on its use before a dispute has even arisen. Insurers should
utilize arbitration only when the policyholder has consented to do so after an actual dispute
occurs (which is what the suggested amendment to the Model Unfair Trade Practices Act
should accomplish), rather than requiring it in boilerplate language that the policyholder is very
unlikely to read, could not bargain over the provision even if she did, and could not make an
informed decision at the point of sale on the merits. True freedom of contract, combined with
the fundamental right to a trial, requires a knowing relinquishment of that right, which can only
occur voluntarily once a specific dispute has materialized.

The States’ ability to regulate or prohibit arbitration clauses in consumer contracts is severely
limited by the Federal Arbitration Act, which courts have interpreted as preempting most state
laws in this area. However, this is not true in insurance, thanks to the strong presumption in
favor of state regulation embodied in the McCarran-Ferguson Act. With the help of a dedicated
law student research assistant, we have reviewed dozens of cases in this area and
every court that has considered the application of the McCarran-Ferguson Act to the Federal
Arbitration Act has acknowledged that McCarran-Ferguson allows States to ban or restrict the
use of arbitration clauses in insurance contracts, and will uphold those laws so long as the state
prohibition is intended to regulate “the business of insurance” and the arbitration provision
would “invalidate, impair, or supersede” that state law.7 Or, to put otherwise, no court has
ruled that the FAA overrides McCarran-Ferguson. 8

Court opinions do diverge, however, when considering state laws where the (presumed) ban on
mandatory arbitration provisions in insurance contracts is not specific.9 For example, the
Washington Supreme Court interpreted a state law banning provisions in insurance contracts
that would deprive the courts of jurisdiction as regulating the “business of insurance” and
therefore determined that the McCarran-Ferguson Act “reverse preempts” the FAA.10 In
contrast, in interpreting a similar Massachusetts prohibition, the First Circuit ruled that the
statute did not even bar arbitration agreements, regardless of whether McCarran-Ferguson
would apply (DeMercurio v. Sphere Drake Insurance, cited in footnote 9). Earlier this year the
New York Court of Appeals was faced with an interpretation of California law, and ruled that
the arbitration clause in question was enforceable under the FAA; the McCarran-Ferguson Act
did not “reverse preempt” the FAA because the Court determined that the arbitration provision
would not sufficiently “invalidate, impair, or supersede” the California statute. However, the
Court stated that State laws banning arbitration provisions in insurance contracts would be
upheld under a McCarran-Ferguson analysis when it was the explicit intent to do so, “The
clearest example of a scenario in which reverse preemption occurs is where state law expressly
prohibits arbitration of insurance related disputes.”11

Taken together, these decisions deliver two clear messages: (1) States can enforce bans on
arbitration provisions in insurance contracts, and (2) the likelihood of surviving a FAA
preemption argument is often related to the specificity of the prohibition. Our sample
language (below) attempts to maximize the power of McCarran-Ferguson by adding it as an
amendment to the Model UTPA, which itself states in Section 1 that “The purpose of this Act is
to regulate trade practices in the business of insurance in accordance with the intent of
Congress … [citing McCarran-Ferguson],” and by making the ban directly related to insurance
contracts.

New Definition, 2.I12
I. “Pre-dispute mandatory arbitration provision” means a provision in an insurance policy,
rider, endorsement, or any other part of the contract requiring future disputes involving the
insurance policy or claims thereunder must be resolved through arbitration, or allowing one
party to the dispute to so require when the dispute arises. This definition does not include a
mutual agreement by the parties to arbitrate a specific dispute after it has arisen.

1 Meyer v. Travis Kalanick and Uber Technologies, Inc., 2016 WL 4073012 (S.D.N.Y. July 29, 2016), now on appeal.
2 Texas Watch submitted its testimony at the July 6, 2016 Texas Department of Insurance public hearing on Texas
Farm Bureau’s request to utilize pre-dispute mandatory arbitration agreements in its homeowner policies. The
comment letter’s detailed discussion is an excellent overall report on why such provisions should not be allowed,
in addition to reviewing Texas-specific issues.

3 “Particularly with respect to the settlement of claims, this Court has stated emphatically that ‘the relationship of
the (insurance) company to its insured regarding settlement is one of inherent fiduciary obligation.’ . . . [citations
omitted] While the insurer is not compelled to disregard its own interests in representing or defending an insured,
the insured’s interests must necessarily come first.” Lieberman v. Employers Ins. Of Wausau, 84 N.J. 325, 336 (N.J.
1980).
4 Including (sometimes depending on the type of claim), Alaska, Florida, Montana and New Jersey.

5 For example, Arizona, California and Nevada.
6 The Indiana Supreme Court described this relationship in 1993: “Rather, it is the unique character of the
insurance contract which supports the conclusion that there is a “special relationship.” [between insurers and their
policyholders] This contractual relationship is at times a traditional arms-length dealing between two parties, as in
the initial purchase of a policy, but is also at times one of a fiduciary nature . . . and, at other times, an adversarial
one, as here in the context of a first-party claim. Easily foreseeable is the harm that proximately results to an
insured, who has a valid claim and is in need of insurance proceeds after a loss, if good faith is not exercised in
determining whether to honor that claim.” Erie Ins. Co. v. Hickman by Smith, 622 N.E.2d 515, 518 (Ind. 1993).
7 These decisions include McKnight v. Chicago Title Insurance Co., Inc., 358 F.3d 854 (11th Cir. 2004) (upholding
Georgia’s ban), Munich American Reinsurance Co. v. Crawford, 141 F.3d 585 (5th Cir. 1998) (Oklahoma); Technical
Security Integration, Inc. v. Philadelphia Indemnity Insurance Company, 2016 WL 4603893 (D. Colorado, July 30,

8 Even definitive statements need qualifiers. While several federal Circuit Courts have ruled on this issue, the U.S.
Supreme Court has not. Also, the Court of Appeals for the First Circuit noted in a footnote that it did not need to
determine the applicability of the McCarran-Ferguson Act since it ruled that the relevant Massachusetts statute by
itself did not bar arbitration clauses. DeMercurio v. Sphere Drake Insurance, 202 F.3d 71, 81, note 10 (1st. Cir.
2000).
9 Such as general prohibitions of arbitration agreements in consumer contracts, or statutes that forbid contracts
from “depriving the courts” of jurisdiction.
10 State of Washington v. James River Insurance Company, 176 Wash.2d 390 (WA. 2013).
11Monarch Consulting Inc. v. National Union Fire Insurance Co. of Pittsburg, 47 N.E.3d 463, 471 (N.Y. 2016).