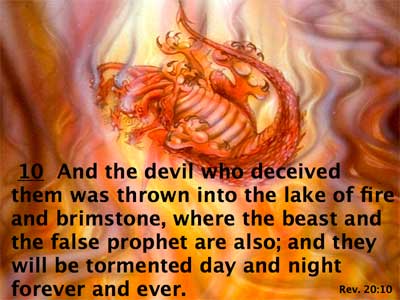 United Insurance Company of America (United) appeals a final order of the Florida Office of Insurance Regulation denying its application to include a mandatory arbitration agreement within its life insurance contracts. We affirm.

The right to resolve any dispute through binding arbitration is established under the provisions of the Federal Arbitration *667 Act, 9 U.S.C. §§ 1-16. Typically, federal enactments take precedence over, or preempt, state laws by virtue of the Supremacy Clause found in Article VI, Clause 2, of the United States Constitution. With respect to the business of insurance, Congress has evidenced its determination that the business of insurance is the exclusive province of the individual states through enactment of the McCarran-Ferguson Act. 15 U.S.C. §§ 1011-1015. This is known as “reverse preemption.” Accordingly, “state laws enacted `for the purpose of regulating the business of insurance’ do not yield to conflicting federal statutes unless the federal statute itself `specifically relates to the business of insurance.’ See 15 U.S.C.A. § 1012(b).” James Mitchell & Co. v. Fla. Dep’t of Ins., 679 So. 2d 334, 337 (Fla. 1st DCA 1996). In other words, a three-prong test has been established to determine whether the McCarran-Ferguson Act applies in any particular situation: (i) whether the federal law relates specifically to the insurance business to bar the application of a state statute; (ii) whether the state statute was specifically enacted to regulate the insurance business; and (iii) whether the state statute would be impaired, invalidated, or superseded by application of the federal law. Moore v. Liberty Nat’l Life Ins. Co., 267 F.3d 1209 (11th Cir.2001).

The parties agree that the Federal Arbitration Act does not specifically relate to the business of insurance. We reject United’s argument that section 624.155, Florida Statutes, was not enacted to regulate the business of insurance and that this provision would not be impaired, invalidated or superseded by application of the Federal Arbitration Act and United’s proposed arbitration agreement.[1]

In Securities and Exchange Commission v. National Securities, Inc., 393 U.S. 453, 89 S. Ct. 564, 21 L. Ed. 2d 668 (1969), the Court considered the intent of Congress and the meaning of the language in the McCarran-Ferguson Act regarding laws “regulating the business of insurance.” Justice Marshall, for the majority of the Supreme Court, stated:

The statute did not purport to make the States supreme in regulating all the activities of insurance companies; its language refers not to the persons or companies who are subject to state regulation, but to laws “regulating the business of insurance.” Insurance companies may do many things which are subject to paramount federal regulation; only when they are engaged in the `business of insurance’ does the statute apply. Certainly the fixing of rates is part of this business; that is what South-Eastern Underwriters was all about. The selling and advertising of policies, FTC v. National Casualty Co., 357 U.S. 560, 78 S. Ct. 1260, 2 L. Ed. 2d 1540 (1958), and the licensing of companies and their agents, cf. Robertson v. People of State of California, 328 U.S. 440, 66 S. Ct. 1160, 90 L. Ed. 1366(1946), are also within the scope of the statute. Congress was concerned with the type of state regulation that centers around the contract of insurance, the transaction which Paul v. Virginia [75 U.S. (8 Wall.) 168, 19 L. Ed. 357 (1868)] held was not `commerce.’ The relationship between insurer and insured, the type of policy which could be issued, its reliability, interpretation, and enforcement-these were the core of the `business of insurance.’ Undoubtedly, other activities of insurance *668 companies relate so closely to their status as reliable insurers that they to (sic) must be placed in the same class. But whatever the exact scope of the statutory term, it is clear where the focus was-it was on the relationship between the insurance company and the policyholder. Statutes aimed at protecting or regulating this relationship, directly or indirectly are laws regulating the `business of insurance.'”

Section 624.155 is a statute regulating the business of insurance. The statute relates, directly or indirectly, to the relationship between the insurance company and the policyholder. The proposed arbitration agreement would impair, invalidate or supersede section 624.155. The statute provides for a civil action — with the relevant procedural protections. The statute also provides for court costs and fees. Mandatory binding arbitration lacks the procedural and constitutional protections (such as jury and appeal to an Article V court) of a civil action.[3]

As United correctly asserts, arbitration has long been recognized as a favored means of dispute resolution. Roe v. Amica Mutual Ins. Co., 533 So. 2d 279(Fla. *669 1988). The Florida legislature, however, has determined that the business of insurance with respect to the enforcement of the contract shall be in the courts. Barring preemption, the legislature may determine when arbitration will not be used.

[1] Because of this conclusion, we find it unnecessary to determine whether United’s proposed arbitration agreement would impair, invalidate, or supersede sections 627.428(1) and 627.455, Florida Statutes.

[2] The enumerated provisions are sections 626.9541(1)(i), (o) and (x)(prohibiting unfair methods of competition and unfair and deceptive trade practices regarding claim settlement practices, illegal dealings in premiums and excess or reduced charges for insurance, and refusal to insure); 626.9551 (prohibiting creditors requiring debtors to obtain insurance through a certain agent or insurer); 626.9705 (prohibiting unfair or discriminatory rates based on severe disability); 626.9706 (prohibiting refusal to issue life insurance solely on the basis the person has sickle-cell trait); 626.9707 (prohibiting refusal to issue disability insurance or charging discriminatory rate solely on basis person has sickle-cell trait); and 627.7283 (regulating insurer’s return of unearned premium).

Review of arbitration decisions is extremely limited. See Boyhan v. Maguire, 693 So. 2d 659, 662 (Fla. 4th DCA 1997). A reviewing court may not comb the record of an arbitration hearing for errors of fact or law inherent in the decision-making process. See id. No provision in the Florida Arbitration Code authorizes trial judges to act as reviewing courts in the same way that a court of appeals reviews trial judges’ legal decisions. See J.J.F. of Palm Beach, Inc. v. State Farm Fire & Casualty Co., 634 So. 2d 1089, 1090 (Fla. 4th DCA 1994). A high degree of conclusiveness attaches to an arbitration award because the parties themselves chose to go this route to avoid the expense and delay of litigation. See Applewhite v. Sheen Financial Resources, Inc., 608 So. 2d 80, 83 (Fla. 4th DCA 1992). The arbitrators are the sole and final judges of the evidence and the weight to be given it. See Verzura Constr., Inc. v. Surfside Ocean, Inc.,708 So. 2d 994 (Fla. 3d DCA 1998) (citing City of West Palm Beach v. Palm Beach County Police Benevolent Ass’n, 387 So. 2d 533, 534 (Fla. 4th DCA 1980)).”