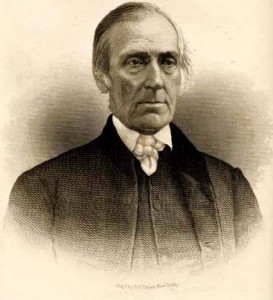 Quakers of piedmont NC, beginning in the 1700’s, especially those in Guilford and Alamance counties, Friends and Cane Creek meetings, played a major role in the manumission of slaves and their transport to free states. Levi Coffin of the Guilford Friends Meeting was considered the president of the Underground Railway.

“Sometime around the year 1806, a young boy waited patiently alongside a dirt roadway near what is now New Garden Road as winding coffles of slaves being transported to marketplace passed by. He asked his father why those dark-skinned men and women were bound in chains; his father’s explanation horrified young Levi Coffin. Since the 1770s, the Religious Society of Friends, Quakers like himself, had almost entirely divorced themselves from the institution of slavery. This pernicious notion festered in Levi Coffin’s consciousness. Ultimately it led to one of history’s most remarkable achievements, one that would bend the arc of social justice and forever reshape our nation.

Trolling through the wooded area now known as New Garden searching for farrowing sows, young Levi would, on occasion, encounter frightened slaves escaping. Fetching cornbread and bacon for the fugitives, he would sit in rapt attention as they told harrowing tales of the brutal conditions and inhuman treatment they suffered on plantations to the east.

It was not long after his 15th birthday, while attending a late-October community corn husking, that Levi Coffin took notice of a band of slaves that labored under the whip of a prominent trafficker. As white folks answered the dinner bell, congregating around tables inside the farmhouse, likely no one noticed Levi as he slipped away to join the enslaved individuals in order to, in his words, “See if I could render them any service.” It was there he met Stephen, a freeborn African American who had, years earlier, been kidnapped from the home of Philadelphia Quaker Edward Lloyd before being sold to the highest bidder as common chattel. Outraged, Levi wrote to Lloyd to assess him of the situation. After concerted effort, Stephen made the journey back to his rightful home.

Tortured souls seeking a better life began following a lightly worn pathway into the New Garden woods to a particular tulip poplar tree that offered concealment from bloodhounds and bounty hunters, with food hidden nearby by sympathetic Quakers. There Levi and his cousin Vestal could direct these men and women toward sympathetic outposts along the various routes away from the state, farmers that could provide temporary shelter and nourishment.

In 1821, under the guise of furthering Christianity and spreading the wonders of the Bible to the heathens, the Coffin cousins organized a Sunday School class to teach slaves to read and write. After all, one could hardly make the case that slaves shouldn’t be taught the scripture. This was a short-lived effort, the school was forcibly shuttered when prominent slave owners wised up to the two men’s real intent. It was a deeply held moral opposition to the ingrained culture of slavery that fueled a mass migration of 20,000 Quakers from the South to Indiana, including the Coffin family.”

“New Garden Friends Meeting in Greensboro, NC, was the spiritual home of Levi and Vestal Coffin – cousins
active with the Underground Railroad. Vestal and his wife Alethea are buried in the New Garden Cemetery.
New Garden Friends Meeting was responsible for the entire site until 1928, when the cemetery incorporated
with a board to separately manage the cemetery portion. The site is across New Garden Road from Guilford
College and within walking distance (just under one mile) of the Guilford College Woods site, known as the
Underground Railroad’s southern terminus. The Quaker belief in “that of God in everyone” led to intense
soul searching in the meetinghouse over the issue of slavery. Both the local Friends and visitors made
strong anti-slavery statements when the location hosted statewide annual sessions from 1814 to 1865.
There were multiple legal institutional responses among North Carolina Friends to slavery, (i.e. petitioning
the legislature, prohibiting members from ownership or economic gain through slavery, and purchasing
those enslaved for their protection when manumission was not permitted). The Underground Railroad
required direct individual action by connecting sympathetic persons (both black and white) in NC to those in
free states and assisting fugitives to freedom.”

“Quakers entered North Carolina early during the colonial period, settling first in northeastern North Carolina and later as part of a southward migration from Pennsylvania into the Piedmont. By the 1740s a significant number of Quakers, or members of the Society of Friends, were in Guilford and surrounding counties and by the 1750s there were enough in the area to form a Monthly Meeting, a regular service in which Friends worship together. The first meetings in the Piedmont alternated between Cane Creek and New Garden until 1754 when New Garden was selected to host all future Meetings.

The peaceful and hardworking Friends were dedicated opponents of slavery. As such, they became both targets and heroes during tumultuous times. During the Revolutionary War, the New Garden Friends found themselves distrusted by neighbors because they were pacifists. They were also in the middle of the Battle of Guilford Courthouse, conflict between Patriots and the British that would leave hundreds of dead and wounded from both sides in the hands of the Friends for care and burial. The New Garden Meeting House, on the periphery of the battle, was used as a shelter by Patriot marksmen and became a target for British volleys. After two engagements, the Quakers, feeling it their true Christian duty to care for all in distress, attended to the wounded from both sides in their meetinghouse, adjacent buildings, and private homes. Observing no political or ideological differences in the deceased, the Friends interred the dead British and American soldiers in a single grave.

Prior to the Civil War, the Friends continued to oppose slavery and worked to alleviate the slaves’ suffering. In order to help, the Friends purchased slaves whenever possible, and would help runaway slaves escape to the North through the Underground Railroad. Levi Coffin, born in the vicinity of New Garden, is credited as being the leader of the Underground Railroad. During the Civil War, the policy of Friends to resist taking up arms was tested through North Carolina’s conscription acts, forcing them oftentimes to fight or work for the war effort against their will.”

From The History of Guilford County, North Carolina.

“In the history of Guilford County only four dates have any-
thing like a general value. These are: 1750, when the first settle-
ment was made; 1774, when the Quakers freed their slaves and
began to agitate the slavery question ; 1840, when the Whig idea
attained supremacy and the internal improvement and educational
wave began to break over the country; and 1865, the close of
the Civil War. Around these dates each of these ideas has
hovered like a shadow with a penumbra fainter and fainter in
effect. ”

“Now, there were those in Guilford County having decided
conscientious scruples against all this business. The western part
of Guilford County was peopled by Quakers, Englishmen coming
by way of Pennsylvania, and another type not so mild — the Nan-
tucket Quaker, who came to this western part of Guilford about
the time of the first brewings of the Revolutionary War. This
section was, and is today, the centre of Quaker element in the
state. For some reason, or impulse, the Friends, or Quakers, re-
garded the freeing of the slaves as their own peculiar mission. In
their yearly meeting as early as 1772, according to Stephen B.
Weeks, Friends were discussing slavery and the sin of it ; and in
1774 they freed their own slaves. The North Carolina yearly
meeting of Friends chartered a ship, called The Sally Aim, for the
purpose of sending slaves to Hayti, where they might be free.
Captain Swain, of Guilford County, was the skipper of the boat.
Slaves were bought and sent to Hayti.”