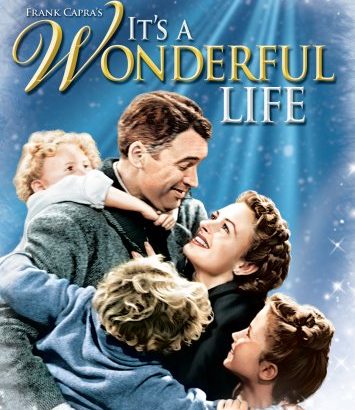 “James Stewart, whose movie portrayals of decent, idealistic and naive small-town Americans made him a beloved national icon, died yesterday at his home in Beverly Hills, Calif. He was 89.

He died from a blood clot in his lung, The Associated Press reported.

Mr. Stewart’s performances in some 80 movies earned him every major award bestowed for his craft, and consistent acclaim and popularity for more than half a century. He was the last of that rare breed of male stars whose careers certified the star system as it operated virtually from the beginning of the sound era. Actors like Mr. Stewart, Spencer Tracy, Gary Cooper, Clark Gable, Cary Grant, John Wayne and Henry Fonda were larger than life, and because the fusion of the performers’ public and private personalities created something bigger than the sum of the two parts, something mythical.

The lanky actor with unruly hair and an ungainly stride had a boyish grin and an engaging manner. The Stewart way of speaking — laconic, with a hesitant, nasal drawl — is instantly recognizable by virtually every American. His early screen image, like his personal life, epitomized a Middle American ideal in a confusing, sophisticated world.

His archetypal role (and his own favorite) was that of George Bailey, the small-town banker in ”It’s a Wonderful Life,” Frank Capra’s moralistic fantasy in which the hero is rescued from suicide by a pixieish angel who shows him how much meaner life would have been in his hometown without him. The 1946 feature-length Christmas card was a failure among audiences, who dismissed it as overly sentimental, but in later decades it became one of the most popular movies ever made and a holiday staple on television.

After viewing ”It’s a Wonderful Life,” President Harry S. Truman concluded, ”If Bess and I had a son, we’d want him to be just like Jimmy Stewart.'”

“Early on, Jimmy Stewart became a symbol of patriotism as the first top Hollywood actor to enter the service in World War II. Determined to become a combat pilot, he first logged 300 hours of flying because at the age of 33 he was too old to be an aviation cadet. He put on 10 pounds to meet the Army’s minimum weight requirement for his tall, thin frame.

Mr. Stewart was inducted in March 1941, nine months before the Japanese attack on Pearl Harbor and the United States’ entry into the war. He qualified quickly as a pilot. Assigned to the Second Combat Wing of the Eighth Air Force in England, he was successively the operations officer, chief of staff and squadron commander.

He eventually led 20 bombing missions over Germany, hitting targets in Bremen, Frankfurt and Berlin. He won a cascade of decorations, including the Distinguished Flying Cross twice, one of them for piloting the lead plane in a spectacular raid on key aircraft factories in Brunswick, Germany. He also received the Air Medal, a succession of oak leaf clusters, six battle stars and the Croix de Guerre with Palm.

When the war ended he was mustered out a colonel but remained in the Air Force Reserve and, in 1959, the Senate approved his promotion to brigadier general, making him the highest-ranking entertainer in the American military. He retired from the Reserve in 1968.”