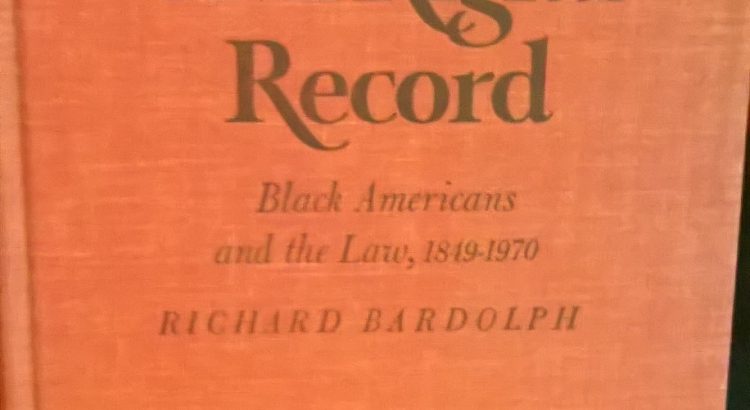 I knew Richard and Dorothy Bardolph as well as his sister Grace.

I sat beside Richard in the choir and sang with the choir at his funeral.

I wish that I could have gotten to know him better as well as share my love of history.

Well life is funny and perhaps there is no such thing as chance.

I have become friends with his son in law George and recently met his son. I also used to run into his granddaughter at the local coffee shop.

I recently brought up the role of Quakers in Guilford County in their anti slavery efforts including the roots of the underground railroad and their early emancipation of slaves in the 1700’s. George loaned me the following book that Richard wrote.

“Ten years ago today, and a scant mile from where I now sit, the black American’s struggle for freedom and equality entered upon a new phase when four students at the North Carolina Agriculture and Technical College sat down at a lunch counter in a five-and-ten-cent store and ordered four cups of coffee. Their request was denied. Instead of moving on, they kept to their chairs until the day’s business was over. They returned day after day, joined by other students, to repeat their request.

Because a century of legislation and courtroom victories had failed to bring to black Americans the social redemption for which they yearned, the sit-in movement that was launched on February 1, 1960, in Greensboro caught on, and with it the broader strategy of nonviolent protest. Then, when a half-dozen years of reliance upon this gently insistent tactic brought little besides more legislation and litigation, the demands grew more peremptory. As the struggle moved from the courtroom to the streets, arguments over technicalities gave way to impassioned demonstrations, and sometimes to awesome violence. And although at this writing calmer counsels seem for the moment to prevail, not many who have watched closely the events of the past ten years, would venture to predict that the day of racial concord is close at hand, and that the promise of American life will soon be fully redeemed for Afro-Americans.”

However, the underground railroad was functioning then and the Guilford County Quakers laid the groundwork for awareness of the plight of slaves.

I am still curious why no mention of this was in Bardolph’s book.

Perhaps I will get an answer.

Some class notes were left in the book. 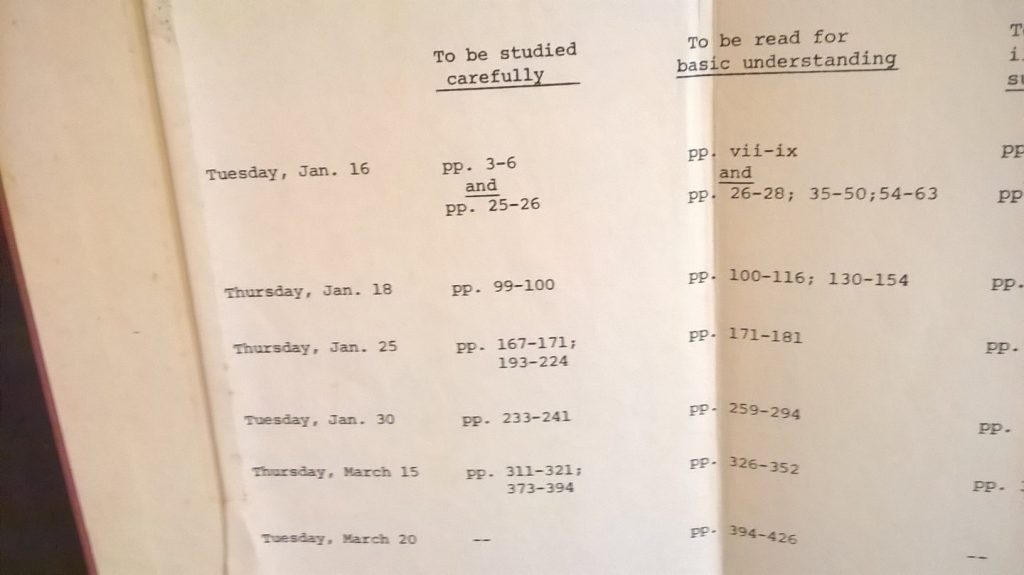