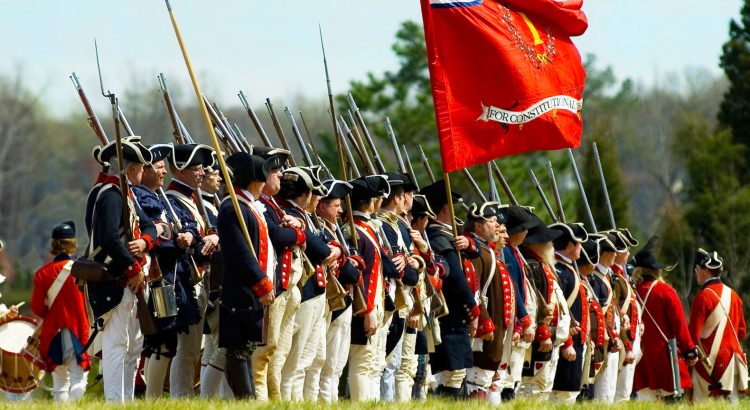 From the City of Greensboro, NC.

The Revolutionary War battle, known as the Battle of Guilford Courthouse, was fought on March 15, 1781, between the American forces under Greensboro’s namesake, Nathanael Greene, and British Commander Lord Charles Cornwallis. Various parts of the battle took place on portions of land scattered along a path from Lawndale Drive eastward along what is now New Garden Road.

The Greensboro Parks and Recreation Department sponsors the annual Reenactment of the Battle of Guilford Courthouse at Greensboro Country Park every March.

The reenactment celebration will be held from 8:30 am to 5 pm, March 16-17, at Country Park. Admission is free. The battle will be reenacted at 2 pm daily, giving spectators a glimpse of what took place on the battlefield back in 1781. During this two-day event, visitors can also visit military encampments, experience live firearms demonstrations, participate in various events, and purchase craft and trade items from that time period. Pets are not allowed at the reenactment site.”

More on the Battle of Guilford Courthouse.