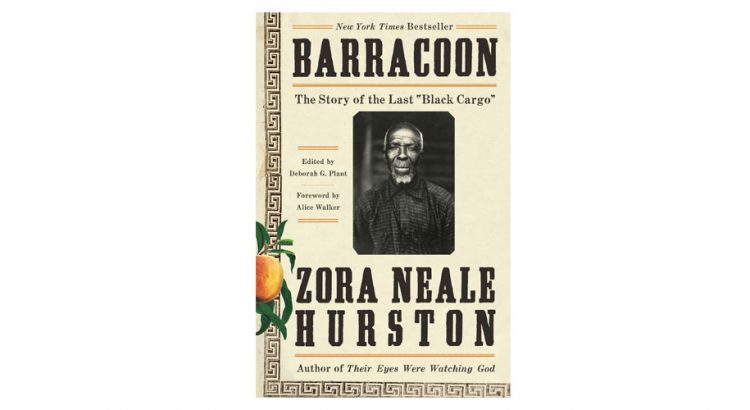 “Barracoon: The Story of the Last “Black Cargo” is an oral history as told by Cudjo Lewis, a 95-year-old former slave who was among the last Africans transported to the United States prior to the Civil War. (A barracoon is an enclosure, fortress or compound in which black captives were held before being sold to slavers.)

Lewis’ narrative is pieced together from interviews conducted in 1927 by Zora Neale Hurston, an anthropologist and popular writer of the Harlem Renaissance who had, prior to the publication of Barracoon, faded into obscurity. After completing her three months of interviews with Lewis, Hurston was unable to find a publisher for her manuscript and Lewis’ story languished for 90 years until it was released by Amistad, a HarperCollins imprint, and immediately climbed The New York Times best-seller list.

Slave narratives aren’t a rarity. The Life, History, and Unparalleled Sufferings of John Jea, The African Preacher, The Life of Olaudah Equiano, Narrative of the Life of Frederick Douglass, Incident in the Life of a Slave Girl, etc., have enjoyed popular acceptance, so much so that they assume a similar narrative pattern, beginning with a statement of birth, usually taking place on a plantation, and concluding with reflections upon the slave experience from the point of view of a freeman. Barracoon differs from the typical slave narrative: It’s the complete recounting of the slave experience, beginning with the principal’s early life in Africa, the massacre of his family, his time in a barracoon, the Middle Passage, during which he was packed with more than 100 other human beings aboard the ship Clotilde, and his suffering as a freed slave who found himself without family in a strange, hostile land where his existence was marked by brutality and endemic bigotry. Nothing about Lewis’ story is uplifting. Degradations, heaped one upon another, marked his passage through a life that was a desperate struggle for survival marked by physical and emotional suffering.”

“The subplot of Barracoon concerns Hurston’s determination to gently coax from Lewis his life experience. A few critics have dismissed the book as Hurston’s recreation of Lewis’ story, but it’s clear to the reader — indeed it is necessary for the reader to believe — that Hurston resisted interjecting her own point of view into Lewis’ telling. She’s patient with Lewis and sensitive to his emotional reaction to the terrors of his life, enticing him with peaches and gently prodding him into revealing the most intimate and horrifying details.

The attack on Lewis’ African village, the death of his loved ones, the Middle Passage, and his years as a slave are all necessary elements of the story, but Lewis’ primary focus is on his life in Africatown, the community in which he lived after emancipation. He lost children in unexplained accidents, was swindled by white lawyers, and eventually suffered the death of his wife. And like all African-Americans of the time, he endured the humiliations of Jim Crow. What resonates with the reader is Lewis’ homesickness, his love and longing for his African childhood, and his humanity. When Hurston asked him to pose for a photograph, Lewis donned his best suit of clothes — but stood before the camera in bare feet. “I want to look lak I in Affica, ’cause dat where I want to be,” he said. After living most of his life in America, he still pined for his homeland.

At a time when compassion is in short supply, Cudjo Lewis’ story is a reminder that all that’s good and human in our hearts needs renewing.”