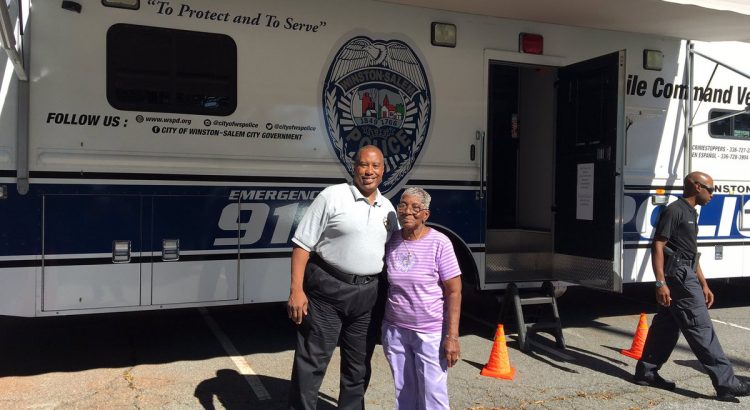 From the Winston-Salem Journal via the Greensboro News Record.

While writing this column, there have been a handful of times when I’ve met a person whose experience and influence far exceeds the realm of the garden they tend. These are the types of individuals who leave me feeling invigorated, inspired and aware of the world, shining a light on the big picture of connectivity.

Mattie Young is one such person, and she is so much more than just a gardener. For the last 43 years, Young has lived in the same apartment at the Cleveland Avenue Homes housing project. She is known within her community and throughout Winston-Salem as “the mayor of Cleveland.”

At 91, Young is highly involved in her community, serving as the eyes, ears and voice of her friends and neighbors. She is as highly respected a person I’ve ever met, leading by example how to better her neighborhood and teach those that surround her.

Young has led the Cleveland Community Garden for the last five years, since a raised-bed garden was installed in the common area at Cleveland Avenue Homes. A large open green space central to apartments, the community center and playground, the garden has helped to bring together children and adults to learn about growing flowers and vegetables.

“When we started the garden, we had a lot of children that would come work in it,” said Susan Frye, a Cleveland community gardener and H.O.P.E. Volunteer. “They were real excited. And we had some adults who said they had never planted anything in their lives until we started the garden.”

Frye initiated the garden five years ago. She had already been actively involved with the children at Cleveland, and saw a need to start a garden. Frye and Young, along with local horticultural therapist Lea Nading, brought the garden to fruition, securing grants for soil, raised beds, tools and supplies. The housing authority installed a fence around the garden, too.

“I came over here for years, and I had told Mattie we need to do a little garden over here, have something for the kids to do,” Frye said. “I just knew they’d love it. I’m like Mattie — I grew up with flowers, plants and gardens, and I like to can.”

This year, Young has tended the garden herself, making sure that the garden doesn’t fall out of use. Neighborhood children haven’t been as involved in the garden this year, but are still intrigued by what they see growing, as Young always makes sure to teach them about plants when they ask questions.”