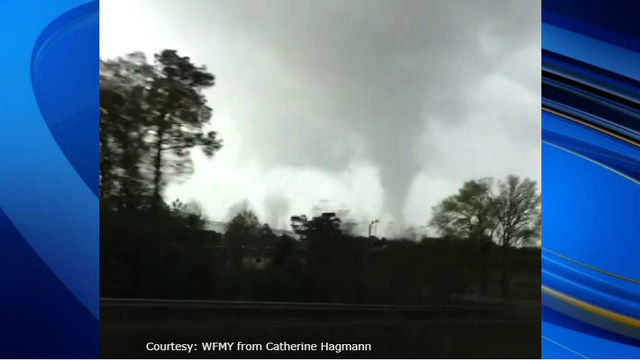 “An amazing man, full of love’: A son remembers Tony George, who died in Sunday’s storm”

“Anthony “Tony” George was a longtime long-haul trucker who knew just about every inch of Interstate 95 between Virginia and New York.

But Sunday’s storm was the one thing he couldn’t outdrive. George was heading down Cone Boulevard on Sunday afternoon when the high winds toppled an enormous tree that crushed his BMW.

George, who would have turned 49 next month, was the lone person killed Sunday when a tornado sliced through the city’s east side. His wife, Renee George, riding alongside him, somehow wasn’t hurt.

In an interview Tuesday at George’s home near North Church Street, north of the city limits, Chris Hubbard talked about his father’s life.

“He was an amazing man, full of love,” said Hubbard, one of Tony George’s four grown children. “He was a man of God. He loved everybody.”

A Brooklyn native, George started driving box trucks around the city as a teenager. When he turned 21, George got a commercial license that let him drive 18-wheelers. As an owner-operator of his own trucking company, George drove hundreds of thousands of miles up and down the East Coast for nearly three decades.

Hubbard said Tony and Renee first met each other at Thomas Jefferson High School in Brooklyn, then reconnected as adults. They have been married for 10 years, together for 24.

The family moved to Greensboro in 2002 and bought their current home three years later.

“He used to deliver here (to Greensboro) and he thought the area was really nice,” Hubbard said. “He found peace here.”

The family are longtime members of What Jesus Did Ministries International, a nondenominational church in Archdale. Bishop Manuel Matos and Paula Matos will conduct the funeral services. Arrangements are not yet complete.”

“Hubbard said his family feels supported by friends, neighbors and church members who have offered their love and assistance. He had one request for well-wishers.

“I’ve been telling people, please don’t send us condolences in his honor,” Hubbard said. “Find somebody that you love and care for, somebody that maybe you’ve been estranged from or had an argument with, and just grab onto them.