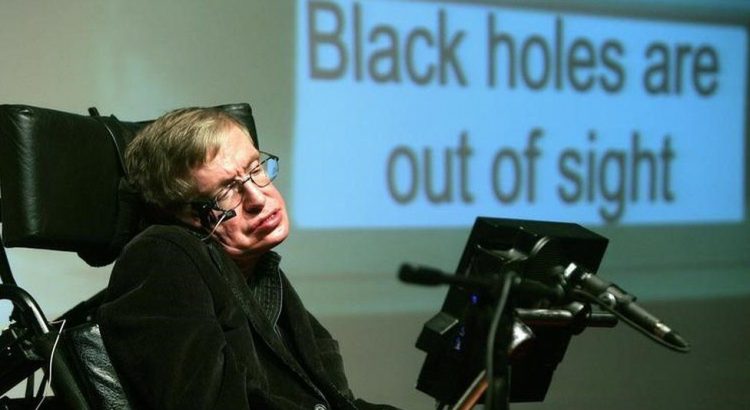 “Stephen Hawking – who died aged 76 – battled motor neurone disease to become one of the most respected and best-known scientists of his age.

A man of great humour, he became a popular ambassador for science and was always careful to ensure that the general public had ready access to his work.

His book A Brief History of Time became an unlikely best-seller although it is unclear how many people actually managed to get to the end of it.

He appeared in a number of popular TV shows and lent his synthesised voice to various recordings.

Stephen William Hawking was born in Oxford on 8 January 1942. His father, a research biologist, had moved with his mother from London to escape German bombing.

Hawking grew up in London and St Albans and, after gaining a first-class degree in physics from Oxford, went on to Cambridge for postgraduate research in cosmology.

As a teenager he had enjoyed horse-riding and rowing but while at Cambridge he was diagnosed with a form of motor neurone disease which was to leave him almost completely paralysed.

As he was preparing to marry his first wife, Jane, in 1964 his doctors gave him no more than two or three years of life.

But the disease progressed more slowly than expected. The couple had three children, and in 1988 – although Hawking was by now only able to speak with a voice synthesiser following a tracheotomy – he had completed A Brief History of Time – a layman’s guide to cosmology.

It sold more than 10 million copies, although its author was aware that it was dubbed “the most popular book never read”.

He received honorary degrees, medals, prizes and awards throughout his career and was honoured with a CBE in 1982. He was reportedly offered a knighthood in the 1990s but later revealed he had turned it down over issues with the government’s funding for science.

Hawking discovered the phenomenon which became known as Hawking radiation, where black holes leak energy and fade to nothing. He was renowned for his extraordinary capacity to visualise scientific solutions without calculation or experiment.

But it was perhaps his “theory of everything”, suggesting that the universe evolves according to well-defined laws, that attracted most attention.

“This complete set of laws can give us the answers to questions like how did the universe begin,” he said. “Where is it going and will it have an end? If so, how will it end? If we find the answers to these questions, we really shall know the mind of God.””