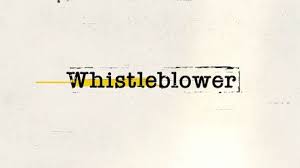 From the CBS Whistleblower TV Show.

“Whistleblower”: Former employees take on pediatric dental chain when they suspect the company of wrongdoing

What would you do if something just felt wrong at work? If you feared people could get hurt? Would you have the courage to blow the whistle?

Whistleblowers often risk their own safety to right a wrong they feel they witnessed.  A new CBS series called “Whistleblower” tells the stories of heroic people who put everything on the line to expose wrongdoing. It is hosted by attorney Alex Ferrer, a former police officer and judge.

“I was scared. Did I think something might happen? You never know when money’s involved,” says Dr.  Michael Greenwald.

It’s David vs. Goliath. “It’s a huge corporation. The intimidation is there,” says Rai.

Kool Smiles is a massive nationwide corporation with more than 120 clinics catering to kids.

“I was a dentist and I saw … unnecessary procedures, children being traumatized,” says Rai. “I was stressed to my eyeballs.”

“I would hear children crying at work. All day,” Rai tells Ferrer.

An online job posting caught the eye of Greenwald.

“Kool Smiles typically targeted … recipients of Medicaid,” he explains. “I thought it was just, wow, this is a great idea. We’re treating children. …They’re underserved. We’re gonna do some good.””

“But it was a deal with the devil.

Greenwald describes his first impression of working at Kool Smiles as “production.”

“Like a mill. It’s — chicken nuggets [laughs] getting produced down a conveyor belt,” Greenwald explains.

Greenwald says corporate owners dictated the work to be done. “So each tooth went from a $30, $40 filling to a $500 gain,” he explains. “It was money. It was production.”