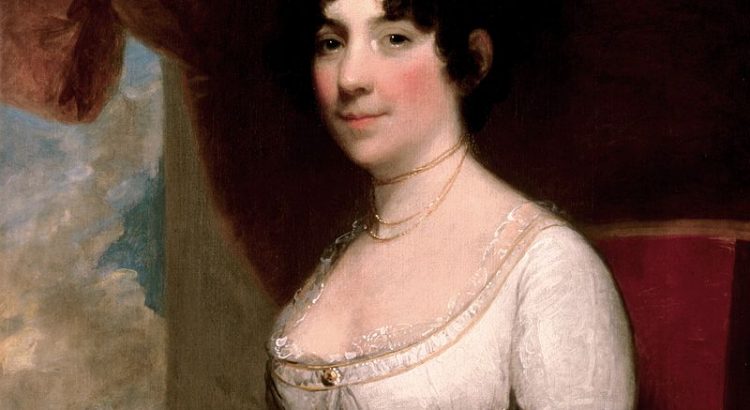 Dolley Madison lived in Guilford County for less than a year. But traces of her remain more than two centuries later.

Streets, businesses, neighborhoods, all named for her. Even a plaque, now in front of a Guilford College veterinary clinic, that tells you that Dolley Madison, the wife of the fourth president of the United States, was born near there.

Nowhere is her presence felt more strongly than in the Greensboro History Museum, which has one of the most significant Dolley Madison collections in the country.

“She certainly was a major influencer and character for the 1800s, and she is a fascinating woman for many reasons,” says Carol Ghiorsi Hart, the director of the history museum. “So it makes sense for the people of Greensboro to feel this kinship with her.”

For Dolley’s birthday, the museum is showing off its collection and paying tribute to North Carolina’s only first lady.

The exhibition, “Dolley Madison and the Museum,” opens with a birthday celebration from 2 to 5 p.m. Sunday, and runs through the year.

It will include a rotating display of some of the more fragile Dolley memorabilia, which will be switched out every three months.”

“The collection came from the family of John Kunkel, a descendent of Dolley’s niece, Anna, who lived with her in her last years.

Kunkel and his wife, Neva, lived in rural Pennsylvania and didn’t have any children. He died first. Neva Kunkel was a recluse and, as Hart says, “maybe people thought she was a little unusual.”

“She would tell people ‘We have things that are national treasures,’ ” Webster says.

So when she died, the lawyer for the estate told the people going through her house to be particularly careful.

“I think the story is that they had pretty much emptied the house, and then someone saw something, like a piece of paper, coming out of a door under the eaves,” Hart says.

He opened it and found a trunk. Inside and around it were gowns, a trademark turban, paintings, documents “and the kind of treasures that maybe any of us would keep,” Webster says.

“And they all belonged to Dolley Madison.”