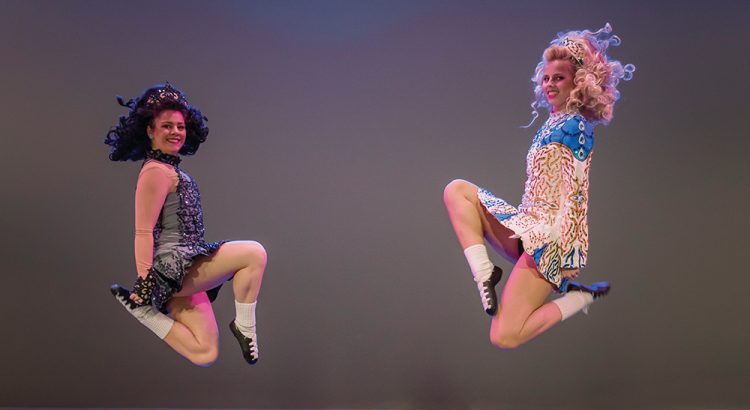 “You’ll hear the students of the Walsh Kelley School of Irish Dancing long before you see them.”

“Later this month, two of them — 19-year-old Kelly King, a freshman at UNCG, and 16-year-old Amanda Trolle, a student at Northern Guilford High School — will travel to Glasgow, Scotland, for the World Irish Dancing Championships.

An international tribe in practice if not in name, Irish dancers vie for global honors where lassies and laddies don the black shoes and white socks of the faithful. Also, they require a lot of ballroom space. Hence, Greensboro — emphasis on the green — will host the world championships of Irish dancing at the Koury Convention Center in April 2019.

Five thousand Irish dancers from all over the world are expected to thunder into the Gate City, drawing some 25,000 spectators.

Greensboro dancers will be hoofing heartily in the coming year, hoping to qualify for the championships in their own backyard.

History says they have a good chance.

The Greensboro branch of the Charlotte-based Walsh Kelley School has sent about 30 students to the world championships in the last 16 years.

Credit their teacher, 48-year-old Colleen Flanigan King, who moved to Greensboro with her husband Jim in 1998, and started taking classes at the school.

Twice a competitor at the world championships, she’d been Irish dancing since she was a kid in Seattle.

“It was just a fun sport to do. As I got more into it, my sister and I performed at nursing homes, and at local fairs, and when Irish bands came to town. We’d go to Canada and all over the West Coast to compete. Now, it’s a great activity for me and my daughters to do,” says Colleen, the mother of two girls and two boys.

Her boys chucked Irish dancing for soccer. Dancing took with the girls.

Kelly King — the regional champ in her age group and one of the two Greensboro dancers headed to worlds in Glasgow this month — is Colleen’s daughter.

So is 15-year-old McKenzie, who flew to Killarney, Ireland, last month to compete in the All Ireland Championships.

All are Colleen’s pupils. Twice a week, they meet for a championship class at the Greensboro Cultural Center.”