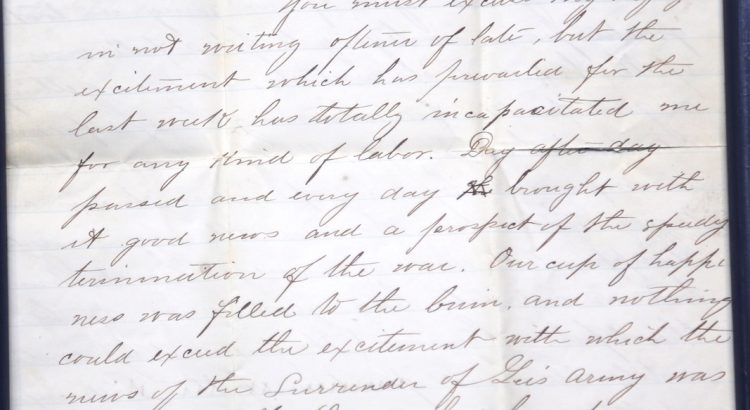 John E. Bingham was 19 years old when he witnessed the assassination and wrote the letter to his uncle.

An obituary was found for a John Ernest Bingham in the Portland area and it matches the birth year age of John E. Bingham.

Prominent Surgeon Passes Away at Home in Walla Walla.

Dr. John E. Bingham, of Walla Walla, one of the most prominent physicians of the Pacific Northwest, died at his home at 7 P. M. last night, and in accordance with his wishes, his remains will be brought to Portland today and cremated. He left a widow, the daughter of Mrs. C. H. Lewis, of Portland, and a young son, Mason. His mother, who has passed her 90th year, is still alive and is in possession of her faculties and in good health. Dr. Bingham will be best remembered by Oregonians as the brother of Todd and Edward Bingham, two former Portland attorneys, now deceased.

No surgeon was more widely known throughout Oregon and Washington. He had practiced his profession in Washington for the past 30 years. He graduated from the University of Pennsylvania, but before beginning to practice, completed the study of medicine at Paris, London and Vienna. He was known as a splendid diagnostician and a brilliant operator. There are very few of the major operations that have not been repeatedly performed by Dr. Bingham. For many years and up to the time of his death he was division surgeon for the O. R. & N. Company and had charge of the surgical service of the railroad company at St. Mary’s Hospital, Walla Walla. He was also the author of many interesting papers on medical and surgical subjects.

He possessed many attractive qualities of mind and heart and was known for his benevolence and broad humanitarianism. He was always willing to answer calls from the sick, and his constant and unremitting devotion to his patients doubtless was the cause of the undermining of his health while he was yet in the prime of life.

From a biographical sketch in “The Jefferson Medical College of Philadelphia, 1826-1904 A History”.

“BINGHAM John Ernest Class of 1873. John Ernest Bingham proprietor and manager of the Blue Mountain Sanatorium at Gibbon Oregon for the treatment and cure of tuberculosis and a general medical practitioner at Valla Walla Washington was born in Williamsburg Pennsylvania November 10 1846 his parents being Hugh Mason and Rebecca A Wingard Bingham. He comes of Scotch English ancestry and the origin of the family in America dates back to 1750. The great grandfather served under Washington in the war of the Revolution his grandfather was a patriot of the war of 1812 and his brother was a soldier of the Civil war. Hon John A Bingham late minister to Japan was a brother of Hugh Mason Bingham and godfather to Dr Bingham. Having pursued his early education in the public schools Dr Bingham attended a high school in Pennsylvania and also Dickinson Seminary at Villiamsport Pennsylvania. He completed a course in Jefferson Medical College with the class of 1873 and in 1880 he pursued special courses of study in the College of Physicians & Surgeons in New York City. He was also for one year a student in the University of Vienna and thus profited by instruction by some of the most noted medical and surgical scientists of the old world. Dr Bingham associated with Dr TT Minor had charge of the United States Marine Hospital at Port Townsend Washington in 1873-4. In September of the latter year he located at Walla Valla Washington where he has since made his home. He has been surgeon of the Oregon Railway Company for the past twenty years and is now proprietor and manager of the Blue Mountain Sanatorium at Gibbou Oregon for the treatment and cure of tuberculosis.
Dr Bingham has for about seven years altogether been acting assistant surgeon in the United States Army serving during the Nez Perces war the Bannock war and the Spanish American war. He is a Republican usually casting his ballot for the men and measures of the party. Fraternally be is connected with Blue Mountain Lodge F & AM and with the Benevolent and Protective Order of Elks. Dr Bingham has been married twice. In May 1876 he wedded Rose M Alley who died in 1889. On the 21st of December 1896 he wedded Emma Lewis of Portland Oregon and they have one child Mason Lewis Bingham.”
https://books.google.com/books?id=SWc0AQAAMAAJ&pg=PA398&lpg=PA398&dq=john+ernest+bingham+surgeon&source=bl&ots=le1G3c2cVx&sig=5o14P250RFLtYW6eaBKHLADIPos&hl=en&sa=X&ved=0ahUKEwjmhcak8q_aAhVPL6wKHROoAqAQ6AEILzAB#v=onepage&q=john%20ernest%20bingham%20surgeon&f=false

The John A. Bingham in question was a minister to Japan and uncle to John Ernest Bingham.

Also from his letter:
“You can rest assured that Todd is safe. None but Cavalry were engaged in that fight.”
The obituary mentions a brother Todd.
It appears we have a match.

If this is true, why have we heard nothing about it?