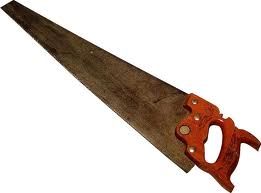 “Save for a handsaw, an old pocket wallet and quiet memories, they are all that I have left of him.

The wallet is a fine piece of work, a gentleman’s pebble grain leather breast wallet, beautifully stitched and bearing my grandfather’s initials in gilt lettering: W.W.D.

William Walter Dodson was a skilled carpenter and electrician who helped raise this region’s first electrical transmission towers and worked on the crew that wired Greensboro’s Jefferson Standard Building. During the Second World War, he also made cabinets for PT boats and built bookshelves for local public libraries.

The wallet is in mint condition, lined with fine silk, its state of preservation suggesting it was scarcely used. I think my dad brought it to my grandfather upon returning from military service in England and Normandy, in 1945. My guess is, Walter rarely used it because he was a workingman who rarely, if ever, dressed up. As I remember him, he was a preternaturally quiet but gentle man in rumpled cotton pants who was either fishing or in his woodshop or massive vegetable garden — the three places I spent most of my time with him. There was always the stump of a King Edward cigar in his mouth.

Walter’s handsaw, on the other hand, shows years of steady use, well worn and rusted in places near its simple wooden handle. I suppose it must be 80 years old if a day.

Both wallet and saw came my way decades ago and traveled with me to Georgia and Maine and back to Carolina in order to complete the sacred circle old elephants and most Southerners observe before they translate to a gentler, kinder place.

I inherited the items from my father, who never used the wallet either — too nice, he claimed — but did use that old handsaw for years until power saws showed up in his own woodworking workshop. He made bookshelves and tables for friends and family.

Not surprisingly, I picked up the woodworking bug too, clearly something in the bloodline. We hail, after all, from a long line of Carolina woodworkers, at least one of whom was a celebrated cabinetmaker.

Walter’s grandfather — my great-great-granddad — was one George Washington Tate, a prominent citizen of Alamance County who helped survey the boundaries of the state’s central counties following the Civil War, but was best known for his grist mill on the Haw River and his skill at crafting fine furniture.

Last summer, while attending a seminar at the Museum of Early Decorative Art (commonly known as MESDA) on the Scots-Irish furniture makers who filtered into the Carolina back country during the 18th century, I heard G.W. Tate’s name mentioned in a tone of near reverence by an expert on Piedmont furniture making, who noted that one of his most notable surviving pieces is a handmade wardrobe displayed in a Williamburg museum of early American furniture. Tate Street in Greensboro is named for this man.

She was delighted when I informed her afterwards that I knew of a second splendid handwork of Tate’s. My second cousin Roger Dodson and his wife, Polly, had recently had us to supper and showed us a handsome old walnut corner cupboard that bore his distinctive mark “G.W. Tate.”

It was his grandson Walter, however, for whom I’m partially named, who first placed a saw in my hand. One Christmas when I was about 6 or 7 years of age, visiting my grandparents in Florida, he gave me a miniature tool box with a small hammer, screw drivers and handsaw.

In his modest workshop, he also showed me how to saw a straight line and hammer a nail — small tasks that seemed almost magical at the time.”