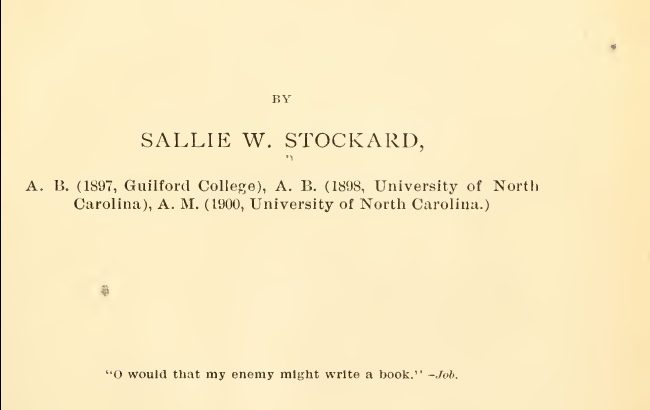 “In the history of Guilford County only four dates have any-
thing like a general value. These are: 1750, when the first settle-
ment was made; 1774, when the Quakers freed their slaves and
began to agitate the slavery question ; 1840, when the Whig idea
attained supremacy and the internal improvement and educational
wave began to break over the country; and 1865, the close of
the Civil War. Around these dates each of these ideas has
hovered like a shadow with a penumbra fainter and fainter in
effect.”…The History of Guilford County

From The History of Guilford County by Sallie Stockard.