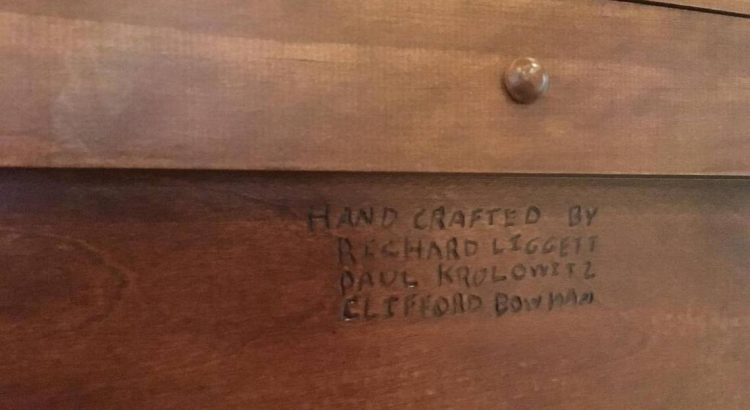 “They built it inside a small prison wood-working shop, tucked away from the main complex of America’s largest maximum-security penitentiary. The three men were inmates: Liggett and Bowman sentenced to life for murder, Krolowitz serving more than 30 years for armed robbery.

The prison is formally named Louisiana State Penitentiary but everyone calls it “Angola” – built on land that was a slave plantation, home to thousands of people who were forcibly taken from Angola, their birth country in Africa.”

“The Graham family has donated more than $200,000 to help build chapels and support prison ministry at Angola.

When Cain opened the prison gates to preachers like Franklin Graham, the change among prisoners was evident, says Young. “Moral rehabilitation,” he said, is as much as about changing hearts for the good as it is teaching an Angola inmate a trade.

The prison wanted to host Billy Graham but by the early 2000s, the evangelist was unable to make the trip. His son Franklin, though, visited several times. So did his daughter Ruth.

A tour of Angola in 2005 took Franklin Graham to the woodworking shop, where he was moved by the simple dignity of the caskets and the inmates’ care in building them.

According to Young, who was on the tour that day, Franklin said his father was a “simple man with a simple message,” and would want to be laid to rest in a simple casket.

Franklin Graham asked Cain to have Angola carpenters make a casket for his mother, Ruth Bell Graham, and his father, and to burn the builders’ names into the wood. The cost: $215 each. He declined Cain’s offer to use a higher-grade wood for the Grahams.

Ruth Bell Graham died in June 2007 and was buried in one of the Angola caskets.

Richard Liggett didn’t get to see the family receive the casket he’d built for her, or to see her funeral – he died three months earlier from lung and liver cancer.

Prison officials shipped Liggett’s body to his family in Kansas. They sent with him a casket – one of the last ones Liggett had built before he was too sick to work in the shop.

John Liggett believes his brother’s heart was changed at Angola because he went to church and heard a tale of redemption.

In a box of papers, discovered at their mother’s house after Richard Liggett died, his brother found dozens of certificates from Angola. The papers show Liggett was active in church, studied the Bible and shared his religious views with other inmates.

“My brother,” he said, “was probably saved by Billy Graham.””

““They showed us the love of God,” Bacon said. “Nobody is beyond redemption. I’ve been redeemed.”

Bacon was awarded clemency and released from Angola in December 2016. He lives in Mississippi and says he’s established relationships with his brother, his two daughters – now 34 and 31 – and four grandchildren. He has a job remodeling homes and says he’s been thinking about trying to build caskets again.

On Wednesday, he watched television coverage of Graham lying in honor in the U.S. Capitol.

Bacon remembers the smoothness of the cabinet-grade plywood and the smell of the wood stain as he helped build Billy Graham’s casket.