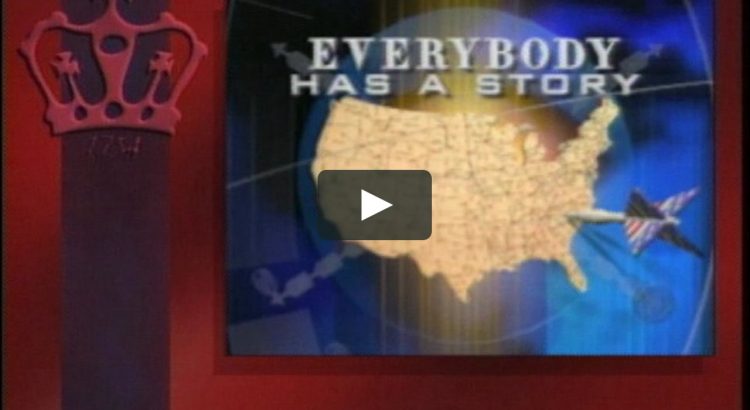 “Every two weeks someone threw a dart at a map of America. CBS News correspondent Steve Hartman then went wherever it stuck, flipped through the local phone book, and picked a name at random. He then did a story on someone at that house (assuming they were willing, of course).”

“The project started in 1998 and ran through 2004 when Steve reluctantly gave up the project to serve as a commentator on 60 Minutes II. When all was said and done, Steve had profiled nearly 100 people from Maine to Miami — from the Oregon coast to the Arizona desert. His youngest subject was a 5-year-old boy from Tennessee who liked to float balloons to his grandmain heaven. His oldest was an 87-year-old woman from Louisiana who still does her son’s laundry.

The idea for “Everybody Has a Story” came from a newspaper reporter named David Johnson. Johnson works for the Lewiston, Idaho Morning Tribune. For more than 2 decades he has been picking people out of his local phone book and putting their stories on the front page. After interviewing David in ’94, Hartman tried the idea himself. “I was doing it more or less as a joke,” Hartman said years later. “I never dreamed you could actually find good stories like that. Turns out I couldn’t have been more wrong. Like David, I now believe the white pages are chock full of amazing, untold stories.””