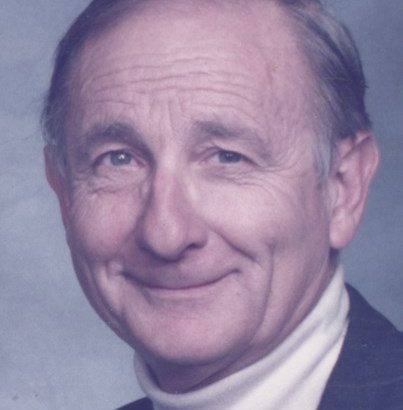 My friend Larry Queen has passed.

I knew him for many years. Mostly at Tate Street Coffee Shop in Greensboro, NC.

We will miss him.

“Veteran North Carolina journalist and teacHER LAWRENCE (LARRY) Talmbadge Queen, Jr., 93, passed away Saturday, July 6, 2019. He was born in Statesville, son of the late Lawrence and Rubie Queen but lived in the triad most of his life. He had retired in 1985 from the Winston Salem Journal and Sentinel newspapers after 29 years. Since then he had taught journalism for about 10 years as a visiting lecturer at the University of North Carolina at Greensboro until retiring also from teaching in December, 1994. From 1985 through 1987, he had concurrently taught British Literature at the N.C. School of Arts at Winston Salem. He had also, on individual occasions, been a guest lecturer at the University of North Carolina at Chapel Hill, Lees-McRae College and Appalachian State University. Queen began his newspaper career in 1947 as a reporter for the Greensboro Democrat weekly, and then returned as the editor in 1949, after getting an A.B. Degree in Journalism at the University of North Carolina at Chapel Hill. Larry was the director of public relations at Bennett College in 1953-54. He also was a writer with the Greensboro Record and Statesville Record and Landmark before joining the Winston Salem newspapers in 1956. While at Statesville, he also wrote free-lance articles for the Associated Press, United Press, to major N.C. daily newspapers, as well as to the Baltimore Morning Sun and the New York Times. In Winston Salem, Queen spent most of his career as an editor, mainly as youth news editor, working with senior high school students. Their work won state honors and was reprinted widely. He served on the Mayor’s Committee on Youth and was an advisor to the Winston Salem Youth Council. In the 1960’s, while with the Winston Salem newspapers, he also did free-lance radio interviews broadcast locally, and nationally by NBC in New York City and by the Armed Forces Overseas Network. Larry’s education also included studies at Duke University, Appalachian State University, Wake Forest University, and he received a Master of Arts degree in 1970, at UNCG. While teaching at UNCG, he was a member of a committee for evaluation of the university’s publications and was a volunteer advisor for Campus Focus Project Step-Ahead programs for student recruitment. He also established and internship program in the English department in which many students participated in on-the-job experience with local and national publications. During his career, he also had been variously involved as a volunteer in the community with land use and natural resources planning with Greensboro Visions, regionally with Triad Horizons, had worked with a committee for passage of bonds to finance local parks and a regional Guilford-Forsyth park and other public projects, and had been involved with Guilford County Greenways Commission, Nature Conservancy, Habitat for Humanity, Greensboro Episcopal Housing Ministry, Citizens for Responsible Government and other organizations. He was a past president of Greensboro Astronomy Club and an officer in other clubs here. He had served as a country, district and state delegate for the Guilford County Democratic Party. He had attended St. Andrews Episcopal Church since 1964. Larry served with the Army in World War II in military police and combat engineers, including duty in the Southwest Pacific Theater.”

Larry Queen related his World War II experiences of the near invasion of Japan last year.