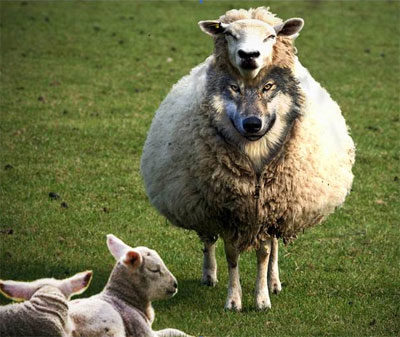 “Incredibly few consumers ever actually take cases to arbitration, and very few
of them recover much. The CFPB looked at every single arbitration
conducted by the American Arbitration Association (by far the largest private
arbitration company in the United States that handles consumer cases) over a
period of three years in cases against lenders. In those three years, the
TOTAL number of cases that consumers arbitrated against lenders was 411
per year. Out of hundreds of millions of arbitration clauses, and compared to
the legal system, where more than 13 million consumers received recoveries
in class actions. That is not a typo. Throughout, the entire United States, the
total number of arbitrations against lenders each year was 411. Sec. 1, p. 11.

Over those three years, and again for the entire United States, 32 (thirty two)
consumers won recoveries from arbitrators in cases against lenders, where
the arbitrators issued decisions. Sec. 1, p. 11. In those 32 cases, the
consumers recovered 12 cents for every dollar of their legal claims. Sec. 5, p.
13.

By contrast, in a study of 400 private lawsuits that were brought in court and
litigated as class actions, more than 13 million customers received more than
$2.7 billion in recoveries. Sec. 1, p. 16. The attorneys’ fees in those class
actions amount to 16% of the gross relief received by the consumers. Sec. 8,
pp. 23, 32-33.”

The supporters of forced arbitration and class action bans like to talk about this
as a “voluntary choice” that consumers make. There is no polite way to say the truth
here: these claims are a joke. Almost no consumers meaningfully “choose” to enter into
arbitration clauses. These fine print legalese documents are slipped by consumers in
ways that ensure they will never notice them.”

“The conclusions in the CFPB’s study are hardly surprising. Most people first
learn that a company says they have lost the right to sue – and have “waived” their
constitutional right to trial by jury and a day in court – only after a dispute arises. In
most cases, an individual’s first awareness of an arbitration clause comes as a bitter
surprise. We have spoken to literally hundreds of persons on this topic over the past
few years, including homeowners, farm operators, consumer and civil rights attorneys,
consumers, employees, journalists and arbitrators. Again and again in those
conversations, we have heard from people – often very angry and very dissatisfied
people – who were utterly unaware that they had been sent an arbitration clause, and
who believed that they had never agreed to such a clause.”

“Most private consumer lawyers are very reluctant, or completely unwilling, to
represent clients in a system that they believe is rigged against consumers.
Unlike the banking industry lawyers, consumer lawyers generally only get
paid if they win cases. Many of them have a reasonable, earned distrust of
forced arbitration, and extensive surveys of consumer lawyers consistently
show that most will walk away from a case rather than go to arbitration.”

“IV. IT IS IMPORTANT TO REMEMBER A KEY POINT OF HISTORY: THE
COMPANY THAT WAS THE LARGEST PRIVATE ARBITRATION PROVIDER
IN THE U.S. FOR ABOUT 10 YEARS WAS SHUT DOWN FOR CORRUPT AND
ILLEGAL BEHAVIOR

The Committee should look back at history of the late (but not lamented) National
Arbitration Forum (NAF). This testimony will cite to a wealth of information that
demonstrates the following propositions: (a) for about a decade, NAF was by far the
largest provider of arbitration services to lenders for consumer arbitration; (b) NAF’s
operations were outrageously unfair to consumers, and favorable to lenders, to a
degree where words such as “corrupt” are entirely fair characterizations; (c) the
overwhelming majority of courts took no action with respect to the NAF, as courts were
reluctant or unwilling to probe into the fairness of a major arbitrator who was used by
many corporations, in the wake of the Supreme Court’s rush to favor mandatory
arbitration; and (d) the exact same factors that gave rise to the NAF – corporate desire
for immunity from consumer protection law; a desire to win all or nearly all of the cases
that were brought by consumers; a willingness by some actors to do ANYTHING to
favor corporations if this would bring them substantial income; and the unwillingness of
courts to meaningfully police arbitration – could easily give rise to a very similar actor
down the road.

Simply put, there is no reason whatsoever that such an entity could not arise
again, cloak itself in respectability (as the NAF did by spending a ton of money on
articles and studies praising itself, hiring former judges and prominent political figures,
energetically litigating to block any discovery into its operations and to get secrecy
orders covering any documents that did become public, etc.), and operate in a similarly
unfair situation for an indefinite period. Indeed, if the Minnesota Attorney General had
not happened to discover that the NAF had crossed the most blatant line of
inappropriate conduct – taking tens of millions of dollars for shares of a wholly owned
corporation from entities who were currently litigating tens of thousands of cases in front
of NAF – the NAF might well still be cheating consumers and operating as a semi-secret
arm of the bank-defense community. Various lovers of mandatory arbitration like to say
things along the lines of “the NAF is gone, the entities left are all much better, no one
should think about that period any more; nothing to see here, move on.” I suggest that
the reality is more complex than that, and pose the question: “How can mandatory
arbitration by lenders be fair when by far the largest provider of arbitration services for a
decade operated in a dishonest and lawless manner, nothing happened, and there is
nothing to stop this from happening again?””