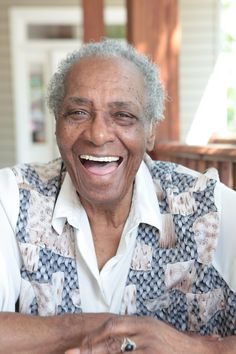 “One of North Carolina’s most beloved chefs and restaurant owners, Mildred Cotton Council aka “Mama Dip,” has died, her daughter said Monday.

Council, who turned 89 last month, was known for her southern cooking and boisterous, warm laugh. She earned the name Dip as a child from her siblings because of her ability to use her height and long arms to “dip” into the bottom of a rain barrel.1

“Since opening, Mama Dip’s has been named to numerous “best of” lists including The Daily Meal’s “Best Fried Chicken Places in America” and The Culture Trip’s list of “The Top 12 Places for Great Soul Food In The Southern States.” The restaurant also served some famous faces including Michael Jordan, form UNC basketball coach Dean Smith and Venus Williams.

Council has also written two cookbooks, met a president and started selling some of her famous products – including cornbread mix and barbecue sauces.”

From UNC TV My Home NC.

“Mama Dip’s restaurant, advertising “down home Southern cooking since 1976,” is a comfort food staple in its home of Chapel Hill, NC. Owner Mildred Council, or as most call her, “Mama Dip,” grew up on a farm in Chatham County, and was cooking at just ten years old.

“I learned to make apple pies when I was ten years old,” Council said. “We would get the apples off the tree and peel them and then we’d put them in the sun.”

Today, her famous menu features Southern classics done the Mama Dip way including chicken and dumplings, barbecue and fried chicken, a food which Council says is “a form of love.”

Growing up cooking and baking with family, she decided to share the special home cooked meals with others. “It was joy,” Council said of opening her restaurant, and seeing it become a success. “And knowing that I was an Afro-American or a black woman and then I got this thing going, and then I got all these white people sitting down to eat, and they said this is good food!”

Today the food rooted in family is still a family business. Council said each of her eight children has worked in her restaurant at some point.”