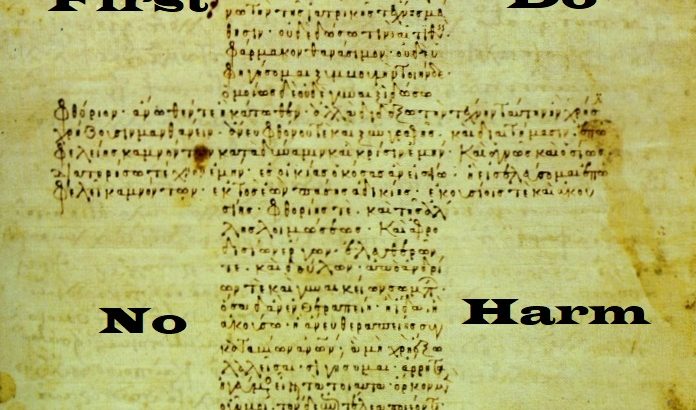 Dr. David Brownstein is a fine example of a physician who follows the Hippocratic Oath: “First do no harm.”

“You see, I am not anti-vaccine.  I am pro-health.  If vaccines were safe and effective, I would be on-board with the CDC’s (Centers for Disease Control and Prevention) recommendations.  However, we are presently giving too many ineffective vaccines which contain toxic ingredients and do not work as advertised.

“When I was a child, nearly everybody became ill with chickenpox. Like nearly all kids, when I became ill with it, I stayed home from school about a week and fully recovered.

All that changed in 1995, when the FDA licensed and approved the live attenuated chickenpox (varicella) vaccine in persons aged >12 months. After the vaccine began to be used by most children, the incidence of chickenpox rapidly declined. However, due to continual outbreaks of chickenpox, a second dose of the chickenpox vaccine was added to the childhood immunization schedule in 2006.

However, the most important question to ask is, “Has the chickenpox vaccine (along with the other 70 doses of vaccines given) improved the lives of our children and the rest of the population? The answer to that question is easy: No.”

“Folks, we have a mess on our hands. We have immunized our children against a disease that they did not need to be immunized against. There are many studies showing that the immune system is healthier when exposed to and recovers from common childhood illnesses like chicken pox (and measles). Now, because of the chickenpox vaccine, we have an epidemic of shingles and a young population that is not fully immune to chickenpox. And, as I showed your earlier, the vaccine is not 100% safe.

If I knew my children were going to get chickenpox next week, would I recommend the vaccination? No way. I would ensure that they were nutritionally sound, eating a healthy diet and fully hydrated. Then, if they became ill, I would have them stay home from school to rest and I would take care of them until they recovered. And, I would use a lot of vitamin C. After recovering from the illness, my daughters would not have to fear becoming sick with chickenpox when they are pregnant.

“Italian researchers studied the safety of vaccines currently in use. (1)  They examined 44 types of vaccines to verify if there was physical contamination in the vaccines.  Although the vaccines were obtained from two countries (France and Italy), the same vaccine companies that supply the U.S. were used in this study.    Using an electron scanning microscope equipped with an X-ray microprobe, the researchers examined the vaccines to detect the presence of inorganic particulate contaminants.

The researchers found the presence of inorganic, foreign bodies in all human-use vaccines. In fact, the scientists claim that the foreign bodies they found contaminating the vaccines were not declared in the package insert from the manufacturer.  In other words, the Big Pharma manufacturer of a vaccine either does not know that its product is contaminated or hid that data from the package insert.

The authors of this study claim, “The quantity of foreign bodies detected and, in some cases, their unusual chemical compositions baffled us. The inorganic particles identified are neither biocompatible nor biodegradable, that means that they are bio persistent and can induce effects that can become evident either immediately close to injection time or after a certain time from administration. It is important to remember that particles are bodies foreign to the organism and they behave as such.  For that reason, they induce an inflammatory reaction.”

Lead particles were found in the cervical cancer vaccine  Gardasil, the flu vaccine, as well as in the meningitis vaccine.  Other vaccines were found to be contaminated with stainless steel, iron, chromium, and the heavy metal nickel.  GlaxoSmithKline’s Fluarix vaccine for children was found to contain 11 different metals.

Once these foreign substances are injected into the body, they can stay around the injection site and can cause swelling and granulomas.  However, they can also be carried by the blood to distant areas of the body as well.  Since these particles cannot be degraded, they can induce a chronic inflammatory state such as an arthritic or autoimmune disorder.  Furthermore, the scientists state, “It is only the obvious that similar quantities of these foreign bodies can have a more serious impact on very small organisms like those of children.”

The authors further state the contamination found in the vaccines was “…similar to those found in…cases of environmental contamination caused by different pollution sources.  In most circumstances, the combinations of {foreign bodies} is very odd…and look like the result of the random formation occurring, for example, when waste is burnt.  In any case, whatever their origin, they should not be present in any injectable medicament, let alone in vaccines, more in particular those meant for infants.””