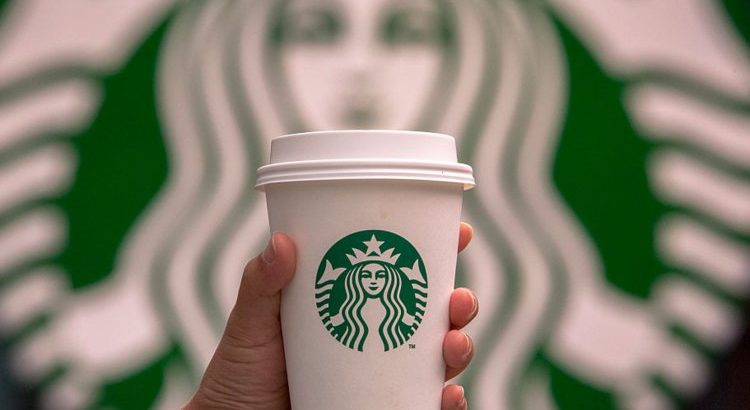 The Starbucks name was taken from the first mate of Moby Dick, right?

Yes, but here is the rest of the story.

The Starbuck surname was present in Quakers in Nantucket.

Melville was no doubt aware of that.

From the History of Guilford County NC.

“In 1780 two-thirds of the inhabitants of Nantucket were Quakers. Among
their leaders were the Coffins, Starbucks, Folgers, Barnards, Husseys.

“During a period of five years there were no less than forty-one cer-
tificates recorded at New Garden Monthly Meeting from Nantucket out
of a total of fifty certificates received.”

“The Pennsylvania and Nantucket Quakers did not mingle and
inter-marry with the Scotch-Irish, whose whole modus vivendi
was the opposite of their own.

Almost all the members of the denomination at the present
day who are ‘”birth right,” can trace their descent from one or
both of these sources, and those who congratulate themselves upon
their Nantucket origin may be interested in the following doggerel
which was supposed tersely to describe those same ancestors.

The Rays and Russells coopers are,

And scarce a learned Hussey,

The Macys eat the pudding,

The Lovetts stalwart, brave and stern.

The Starbucks wild and vain.

The Quakers steady, mild and calm.

And the jolly Worths go sailing down the wind.”

“John L. Worth, of Mount Airy, North Carolina, compiled a
chart of this family in 1900. The Worth family is representative
of the Nantucket in many instances from both father and mother,
the Folgers, Gardners, Husseys, Macys, Porters, Starbucks are
related by marriage to them. Their religious belief is that of the
Society of Friends. ”

So the Starbuck surname was present in Guilford County NC and came from Nantucket.

The origin of the name:

“This very rare name is locational and derives from the Village of Starbeck, near Harrogate in Yorkshire, formerly spelt ‘Starbok’. This original spelling which appears in the 1086 Domesday Book, indicates a Norse-Viking pre 9th Century origin ‘Stor-Bokki’, literally ‘Great River’. This description would have referred to the River Wharfe, formerly a major navigable river in that area, and very much larger than today. Oddly enough there does not appear to be a surname ‘Starbeck’ all original recordings being as for Starbock. Later recordings include those of Mary Stabuck, the daughter of William and Mary Starbuck, christened at St Dunstans in the East, Stepney on April 19th 1632, whilst on May 29th 1636 Isabell Starbucke, the daughter of George, was christened at St Giles Cripplegate, London. The first recorded spelling of the family name is shown to be that of Robertus Starbok, which was dated 1379, in the Poll Tax rolls of the county of Yorkshire”