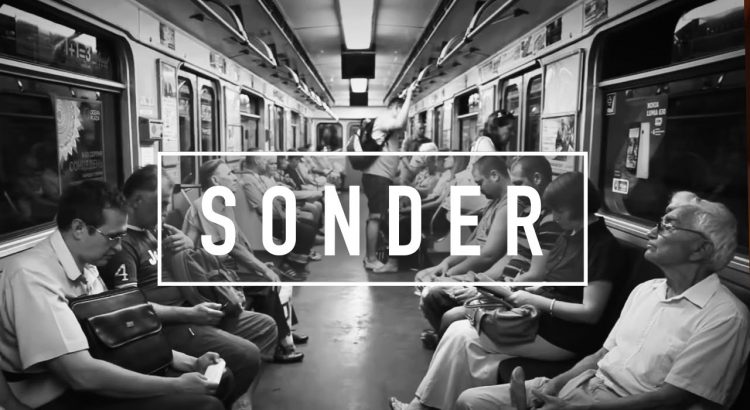 From the Urban Dictionary.

“Briefly, “the realization that each random passerby is living a life as vivid and complex as your own.” Originally from the Dictionary of Obscure Sorrows, which has a lot more beautiful neologism definitions like this you might enjoy.”

“The realization that everyone around you has a life outside of yours, complete with their own thoughts, feelings, and emotions. You could potentially be just a passing figure on the street to them.”

From The Dictionary of Obscure Sorrows.

“n. the realization that each random passerby is living a life as vivid and complex as your own—populated with their own ambitions, friends, routines, worries and inherited craziness—an epic story that continues invisibly around you like an anthill sprawling deep underground, with elaborate passageways to thousands of other lives that you’ll never know existed, in which you might appear only once, as an extra sipping coffee in the background, as a blur of traffic passing on the highway, as a lighted window at dusk.”

“Coined in 2012 by John Koenig, whose project, The Dictionary of Obscure Sorrows, aims to come up with new words for emotions that currently lack words.[1][2] Related to Germansonder- (“special”) and French sonder (“to probe”).”