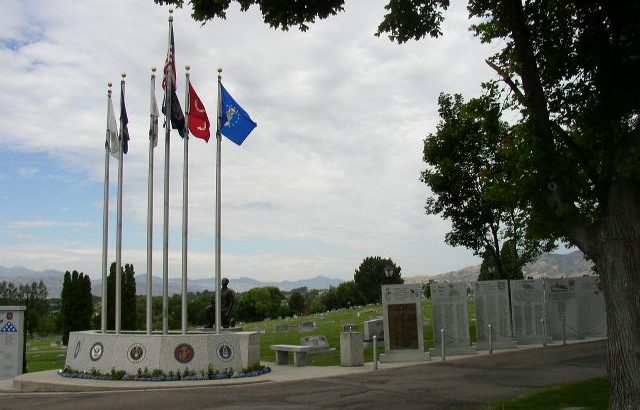 He was the son of Robert H. Wells & Lucinda Ann Gladden Wells. He married Susan Gordon January 5, 1866.
His obituary reads:
Old Canyon Character Goes to Reward-
David Wells, for twelve years Toll Gate Keeper at Mouth of American Fork Canyon, Died Sunday, Buried Tuesday.
David Wells died Sunday at 1 o’clock at the home of his son, Boyce Wells, He has been a sufferer for several years from chronic bronchitis.
Mr. Wells was born in Lincoln, North Carolina, June 10, 1844. He joined the Mormon church in 1883 and came west 31 years ago, locating in Manassa, Colorado. Ten years later he came to American Fork.
He was an old Confederate soldier and was wounded at the battle of Richmond and again at Petersburg. From the injury in the leg from a “minning ball” he never recovered. He was twelve years toll gate keeper at the mouth of American Fork canyon and was noted for his honesty and integrity. His wife, who was Miss Susan Gordon, died three years age. He leaves a son John, still in North Carolina. His other children Frances Wells, Boyce Wells, Mrs. Sarah Anderson and Mrs. Gertrude Brown all live in American Fork.
The funeral was held Tuesday in the Third Ward Meeting House. Bishop J.R. Hindley presided. The other speakers were Henry Miller, M.H. Fitzgerald and president Stephen L. Chipman. The ward choir supplied the music.