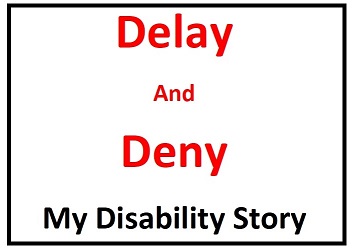 “Beware of false prophets, which come to you in sheep’s clothing, but inwardly they are ravening wolves.”…Matthew 7:15

Since my disability case is apparently about to go into litigation, I will refrain from mentioning specifics.

I took part in a mandated mediation session with the fraternal insurance company a year ago. It was a joke. A continuation of their delay and deny policy infused with insults and a disregard for the facts. Facts they had been presented with numerous times.

This was sad on several levels. They should have behaved like all of their benevolent marketing portrays and tried to help me. It was also sad because a few years earlier I participated in a good mediation session for another matter with a professional mediator who brought the conflict to a satisfactory conclusion.

My mediation session was over the phone. I was not pleased with that for starters. My attorney advised me to listen in and let her do most of the talking. I did so.

The attorney for the insurance company made a statement to the effect that fraternal companies are not bound by the same laws as other insurers in NC.

That was a very arrogant and foolish statement to make.

NC statutes have some variations for fraternal organizations.

And there are articles that address this issue.

Here are the NC Statutes and rulings I found:

“Article 25. Fraternal Orders.
§ 58-25-1. General insurance law not applicable. Nothing in the general insurance laws, except such as apply to fraternal orders shall be construed to extend to benevolent associations incorporated under the laws of this State that only levy an assessment on the members to create a fund to pay the family of a deceased member and make no profit therefrom, and do not solicit business through agents. (1987, c. 483, s. 2.)
§ 58-25-5. Fraternal orders defined. Every incorporated association, order, or society doing business in this State on the lodge system, with ritualistic form of work and representative form of government, for the purpose of making provision for the payment of benefits of three hundred dollars ($300.00) or less in case of death, sickness, temporary or permanent physical disability, either as the result of disease, accident, or old age, formed and organized for the sole benefit of its members and their beneficiaries, and not for profit, is hereby declared to be a “fraternal order”. Societies and orders which do not make insurance contracts or collect dues or assessments therefor, but simply pay burial or other benefits out of the treasury of their orders, and use their funds for the purpose of building homes or asylums for the purpose of caring for and educating orphan children and aged and infirm people in this State, shall not be considered as “fraternal orders”; and such order or association paying death or disability benefits may also create, maintain, apply, or disburse among its membership a reserve or emergency fund as may be provided in its constitution or bylaws; but no profit or gain may be added to the payments made by a member. (1987, c. 483, s. 2.) “
https://www.ncga.state.nc.us/EnactedLegislation/Statutes/PDF/ByArticle/Chapter_58/Article_25.pdf

STATE V. ARLINGTON
The statute law of North Carolina, more especially chapter 100, Vol. II of the Revisal, makes elaborate and minute provision for the protection of its people from imposition under the guise of insurance, real or pretended, and a department is created, charged with the especial duty of seeing that these rules are complied with.
Under section 4691 and others bearing on the question, all insurance companies must be “licensed and supervised” by the Insurance Commissioner, and, under section 4706, every agent must be licensed. By section 4715 (3) every general agent is required to pay a license tax of $5 per annum, district agent or organizer a like tax of $3, and a local or canvassing agent a tax of $1. These and other special regulations apply to foreign companies doing business in the State, and such companies are also required to make deposit for the protection of their policyholders, etc.
Under sections 4794-4798, inclusive, fraternal orders are defined and regulated, orders which make provision for sick and death benefits by assessment, and by section 4798 these orders are subject to the same rules, regulations, and supervision as foreign insurance companies, except that they are not required to make the deposit or have the paid up capital, as in other companies. Having established these extended regulations, a violation of the same on the part of the companies is made a misdemeanor under the following comprehensive statute, Revisal, ch. XIX, sec. 3484, vol. II:”
https://casetext.com/case/state-v-arlington-1?q=nc%20fraternal%20insurance&typeAheadOrigin=navBar
It appears that my fraternal insurance company is bound by the insurance statutes.
I asked a Legal Shield attorney to play devil’s advocate and he did not shoot that down.
Also a complaint was filed with the company with the NC Insurance Commission in 2003.
The insurance company responded to the complaint.
They obviously believe they are bound by the statutes.
If this goes to court, it should be interesting.