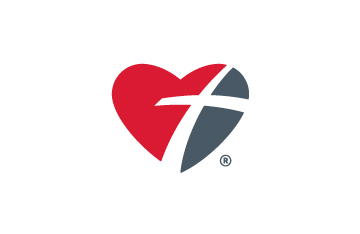 A new marketing campaign aims to build more awareness of Thrivent as a financial services business that remains interested in helping people live a life of greater purpose.”

“The first of the ads released in the $35 million campaign, put together when the pandemic was already making it difficult to film live actors for advertising, was an animation that asked simply “What are you invested in?”

If the answer is “mutual funds,” maybe there’s a different way to think about your money.

This campaign is not a radical departure for Thrivent, more of a refinement in message, although one thing that’s new is that there is a big ad campaign at all. Rasmussen said Thrivent’s financial advisers have been asking for advertising at least since she joined the company 15 years ago.

One priority in a new approach was ensuring that they could effectively serve younger people, the millennials and the generation following behind, which pollsters have found to be far more interested in living a purposeful life.

Rasmussen, CEO for not quite two years, said the campaign developed following a recent planning process at Thrivent, where executives and managers discussed the company’s purpose, promise and principles.

The purpose for Thrivent came “very quickly,” Rasmussen said, but the promise part, what the company exists to do for its customers, took longer. And the answer finally was all about helping people find financial clarity.

“And it just clicked for us,” she said. “That’s what we can uniquely do now for those we are serving.”

As Rasmussen defined it, clarity is pretty much as it sounds. It means helping people gain a much deeper understanding not only of how much money might have saved, or maybe the real risk if becoming ill and being unable to work, but how their money could help lead to what clients have identified as their purpose in life.”

From the comments:
“Every time I talk to my Thrivent financial advisor, he tries to sell me something.  Time and time again he tries the same products, when I’ve already said no – different auto insurance through him, LTC insurance through him. Broken record.  Does he ask what I need for my future – no.  I switched to him from Ameriprise, where the advisor was too young to know much.  I was doing better on my own.”
“Thrivent transitioned from being a successful truly Christian organization to purely profit driven crooks cloaked in Christian imagery. They managed to swindle my elderly parents out of a $100k 401k without them understanding what they were agreeing to. By the time the kids found out it was too late and would cost thousands to restore what thrivent stole. Shameful organization.”
Read my claims experience here:
http://eachstorytold.com/category/my-claim-story/

“Thrivent Financial Services with Heart” or is that heartbreak.