9/11 Bear, Unplanned purchase early morning of September 11, 2001, For mythical grandkids, Customers on phone with loved ones 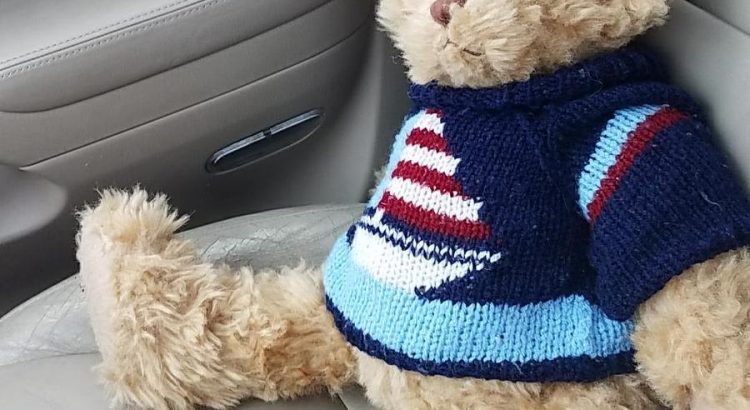 9/11 Bear, Unplanned purchase early morning of September 11, 2001, For mythical grandkids, Customers on phone with loved ones

I was working in my home office with the TV on.

News reports began coming in of a small plane colliding with a skyscraper in NY City.

Tuesday Morning had an early morning sale and there was something I needed at a great price. They were only 5 minutes away so I headed out.

I had the radio on and news reports were still sketchy.

I entered the store and it was apparent the milling around was mixed with the NY news, with customers sharing the latest news with each other. It seemed that everyone had a connection of some sort.

I decided I had better call my daughter, who was living in Portland, Oregon at that time. It was early there and I assumed she was unaware of the news.

I woke her and told her to turn on the TV. We began talking about what we each were learning.

The whole experience was surreal. We all soon had larger concerns as more news poured in that this could be a major attack on the country.

I do not remember what I came there to purchase, but I was standing in an aisle and looked up. There was this bear looking at me in a sailor outfit.

I had only mythical grandkids at the time and no immediate prospects. But the bear spoke to me and I purchased it.

My daughter, who eventually moved back to NC provided my first grandchild years later. The bear resides with and hangs out with them.

I had one when I was small named Truly Bear.

Everyone should have one.