Edward R. Murrow Harvest of Shame, Confronting poverty of migrant farm workers, Farmer: “We used to own our slaves. Now we just rent them.”, Exposure of filth despair and grinding poverty 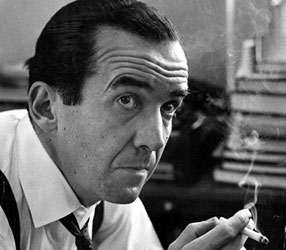 Edward R. Murrow Harvest of Shame, Confronting poverty of migrant farm workers, Farmer: “We used to own our slaves. Now we just rent them.”, Exposure of filth despair and grinding poverty

“In Confronting Poverty, ‘Harvest Of Shame’ Reaped Praise And Criticism”

“Fifty years ago this year, President Lyndon Johnson launched his war on poverty; But just a few years before that, CBS gave millions of Americans a close look at what it means to live in poverty.

In the world of journalism, CBS’ Peabody Award-winning documentary Harvest of Shame is considered a milestone for its unflinching examination of the plight of migrant farmworkers in the United States. The CBS investigative report was the first time millions of Americans were given a close look at what it means to live in poverty. The producers — Fred Friendly, Edward R. Murrow and David Lowe — made no secret of their goal: They wanted to shock Americans into action. To maximize its impact, CBS aired the documentary — about the people who pick fruits and vegetables — the day after Thanksgiving. Murrow, perhaps the most recognized journalist of the day, delivered their message with a sense of urgency. “We present this report on Thanksgiving because, were it not for the labor of the people you are going to meet, you might not starve, but your table would not be laden with the luxuries that we have all come to regard as essentials,” he said in his narration.

Harvest of Shame begins in an open lot, crowded with men and women looking for jobs. It’s what’s called a “shape-up” for migrant workers. Crew leaders yell out the going rate for that day’s pay and men and women pack onto the backs of large trucks that drive them to the fields. One farmer told CBS, “We used to own our slaves. Now we just rent them.”

The film is full of vivid, black and white images reminiscent of Depression-era photographers Dorothea Lange and Walker Evans. In it, African-Americans and whites; weary mothers, fathers and their children recount their stories to producer Lowe. Sitting with her nine children, one woman tells Lowe that an average dinner is a pot of beans or potatoes. As for milk, she reluctantly admits the children might have it once a week, when she draws a paycheck.

The day after it aired, The New York Times‘ review said Harvest of Shame was “uncompromising in its exposure of filth, despair and grinding poverty that are the lot of the migratory workers.” Former CBS News anchor and correspondent Dan Rather told NPR, “Nobody but nobody had taken an hour to do this kind of expose.” He describes the tone as “somber” and the style as “part expose journalism, part a deep-digging, investigative report.””